Olamide is set to make October special as he would be dropping a new single “Greenlight”.

Olamide via his Instagram page unveiled a cover art for his single which he reveals would be dropping on the 2nd of October.

Recall he is also expected to drop another project, “Carpe Diem” on the 8th of October.

This would be following his surprise release of “Eru” which is dominating airwaves.

He also dropped an EP this month titled “999” in the month of February. 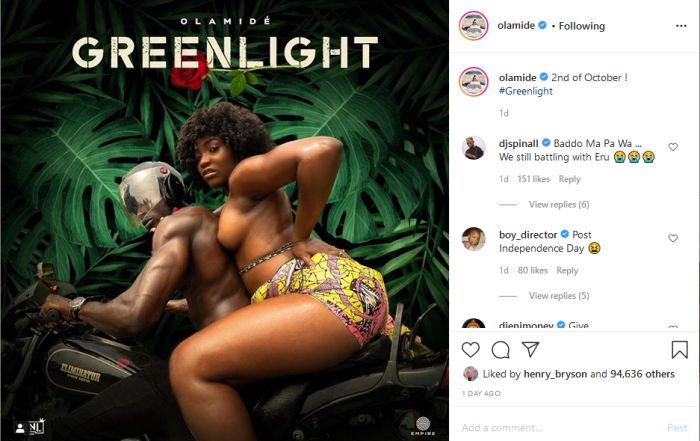