Fabrizio Romano’s recent report on Caught Offside provided an update on Memphis Depay’s future. The Barcelona attacker appears set to leave Catalonia during the upcoming January transfer window, with Manchester United among the clubs interested in signing him.

The Premier League giants were in talks with Depay about a summer transfer. However, the transfer did not take place because the forward chose to stay at Spotify Camp Nou.

A recent report from Fabrizio Romano on Caught Offside has offered an update on the future of Memphis Depay. It appears the Barcelona attacker is poised to leave Catalonia in the upcoming January transfer window, with Manchester United among the clubs in contention to sign him.

The Premier League giants were in talks with Depay over a move in the summer transfer window. But the move did not materialise as the forward opted to remain at Spotify Camp Nou.

However, a lot has changed since, with Depay falling out of favor under Xavi Hernandez. At the halfway point of the campaign, the forward has racked up just over 100 minutes of league football, falling behind the likes of Ferran Torres, Raphinha, Ansu Fati and Raphina in the pecking order.

Depay was not helped by injuries either as the forward is yet to recover from a knock he picked up earlier in the campaign. However, there are some in the Barcelona camp who believe that the player was merely delaying his return in order to remain available for the Netherlands in the upcoming World Cup. 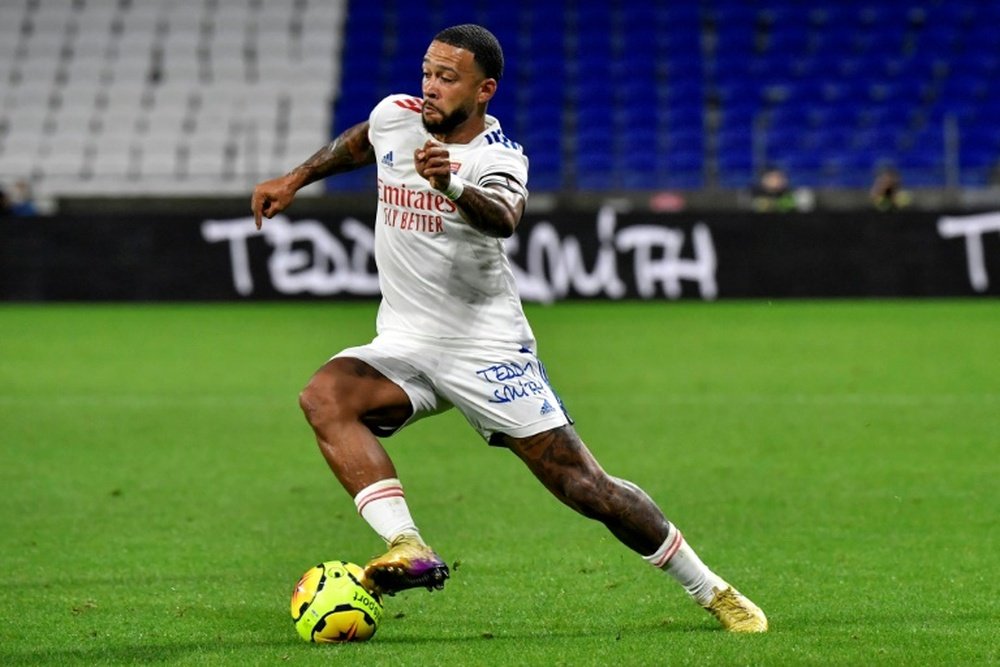 Nevertheless, Depay is in contention to leave Barcelona in January as he has virtually no prospect in Xavi’s plans. His current deal at Camp Nou also expires at the end of the season, which has made him an attractive option for Manchester United.

The English giants are aiming to reinforce their options in the attacking unit in January, especially after an indifferent start to the campaign by players such as Cristiano Ronaldo, Marcus Rashford and even new signing Antony.

Although the journalist suggests Manchester United or any other club have yet to start talks with Depay over a January move, there is a possibility the player might open to a transfer away from Camp Nou, especially if he can join a top-tier outfit.

“Memphis Depay’s future is uncertain.” Yes, there is a chance he will leave in January – but the decision will also be based on the proposals – he is a free agent in June and would only accept a top club,” writes Romano.

“At the moment, I’m told there are no talks with any clubs, and the World Cup could be a big opportunity for him.”

As a result, it will be interesting to see what the future holds for the Barcelona forward as he seeks to advance in his career. Neymar Is Not My Friend – Cavani

Protesting Super Falcons Return To Training After Receiving $2,800 Each