Rema set social media on fire after he went on a Twitter rampage slamming people who were trying to bring him.

While fans are still trying to wrap their head around the issue, Blabonez has waded into the issue.

According to the “Haba” crooner, Rema’s rant is a beautiful thing because people in the music industry can be weird sometimes.

He revealed that people hate Rema because they felt he blew too fast forgetting he is quite talented.

Adding that he remembered when they booed during the Headies Award show and he was dumbfounded with the treatment. 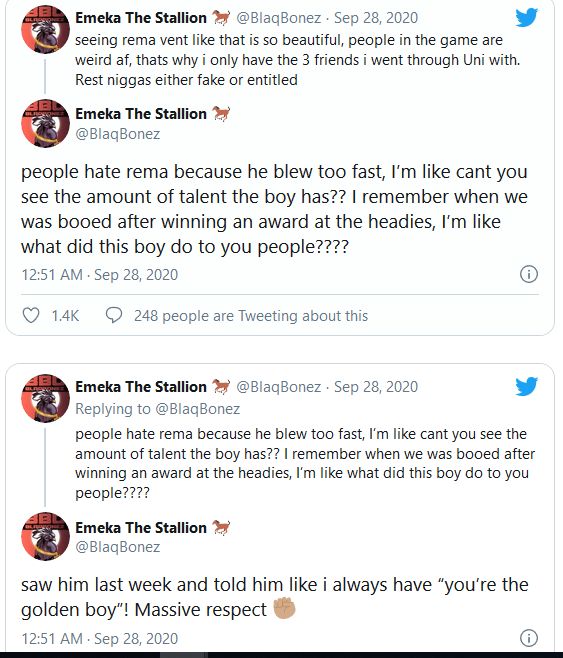 I Was Shocked At Rumour Of Being Married To P..

Is "No Longer Beneficial" for Ozo & Nengi? Si..

Omah Lay To Release New Project, ‘What Have..