According to series of tweets that have popped up on popular microblogging site, Twitter is seems like Nigerian artistes, Burna Boy and Davido took their fight physical.

Davido and Burna Boy have been reported to have exchanged blows at a club in Ghana with the name, Twist Nightclub.

A video seeing Davido leaving the night club angrily after the issue has popped up on the internet.

Although, the location of the video was quite dark but you could still see the through the movement of Davido and fans could be heard hailing by chanting “OBO” outside when he was going angrily.

You Can Watch The Video Here.

Other people who were present at the location of the fight took to social media to narrate what happened.

A user wrote, “So my night ended early because Davido and Burna Boy didn’t know how to act, go and do your beef in Nigeria and not Ghana I beg.”

Another wrote, “Burna Boy moved to Davido in a club and there was a scuffle.” 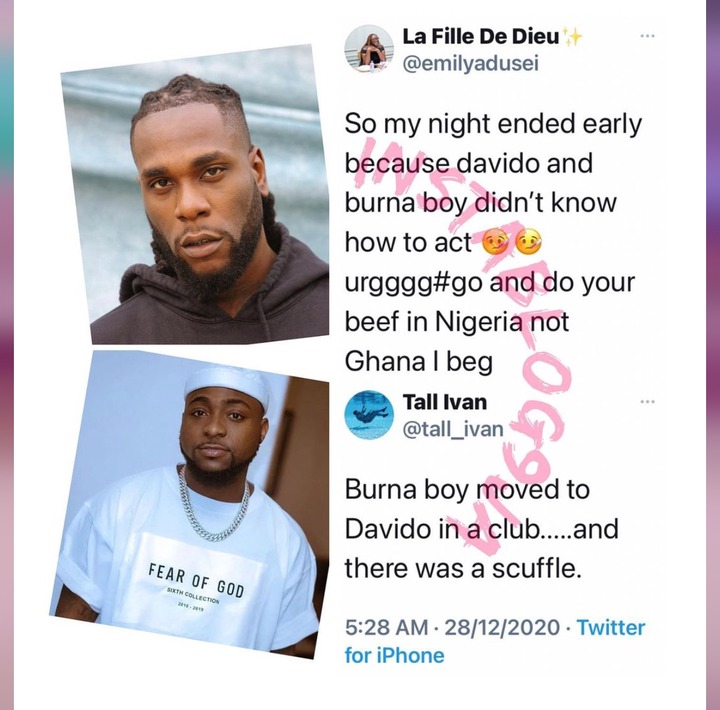 ‘No Matter How Touching Your Story Is, I Wo..

Don’t Let Money Be The Reason Why You Are N..