Popular Nigerian actress,Chacha Eke Faan’s brother, Aik Eke has disclosed that his sister is currently with him, and she is fine and safe.

It could be recalled that Chacha made a post yesterday, October 8, debunking reports that her 7-year-old marriage crashed due to domestic violence, adding that Psychiatric doctors have diagnosed her with Bipolar Disorder.

Reacting to this, her brother, Aik took to his Instagram page to lash out the video, stating that his sister doesn’t have Bipolar. He went on to alleged that Chacha’s husband forced her to make the video in a bid to clear his name.

In a new post, he said his sister is not in any hospital and that she is fine and safe with him. 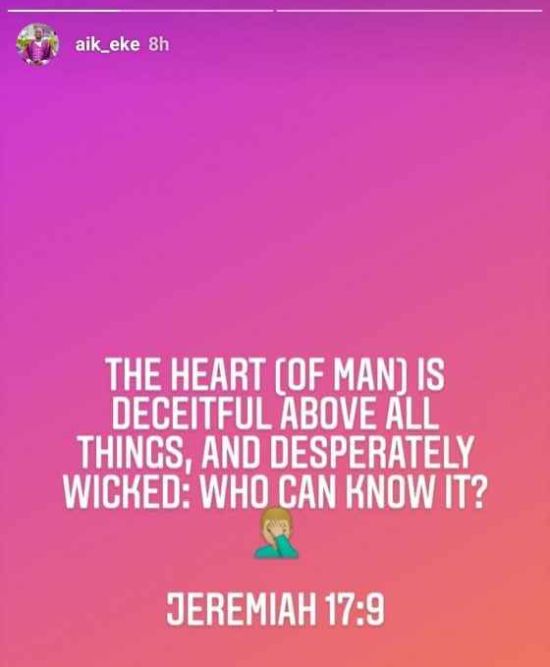 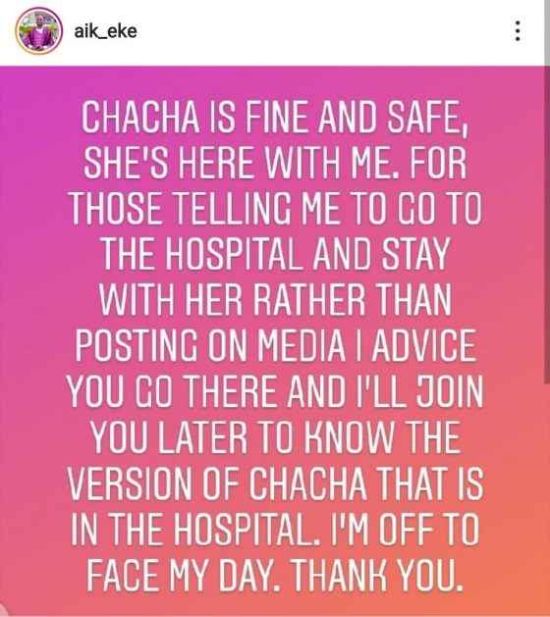 Why I didn’t sign Falz, Simi and Teni to Ma..

Lil Frosh Beat His Girlfriend Because Of Me -..

Which State Do You Think This Lady Lucy Is Fr..