Nigerian celebrities have continued to lend their voices to the ongoing EndSARS outcry in the country and it does not seem like they are backing down any time soon.

Just recently, singer Wizkid who has been vocal about a need for a complete scrap of the Special Anti Robbery Squad (SARS) gave his assurance that he will be part of an upcoming protest in the United Kingdom (UK) scheduled to hold on Sunday, October 12.

The singer made this known while responding to a post by the convener of the protest, Dipo Awojide, on Twitter.

See the exchange between them below:

Just like Wizkid is using his platform to amplify the voices of Nigerian youths, singer Davido who is back home in the country is also doing the same.

The singer recently tweeted that there is a need to dialogue with top government officials of the country as soon as possible. Davido also added that the meeting must be held face to face as opposed to a virtual arrangement.

“We need dialogue with the top ASAP … no zoom no phone call no ig live … we want face to face.”
See his tweet below: 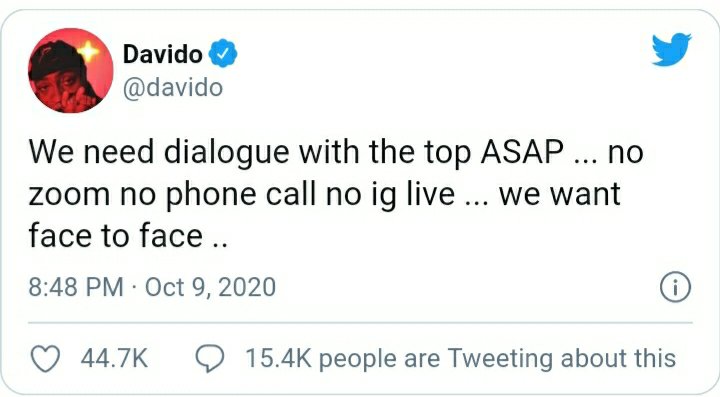 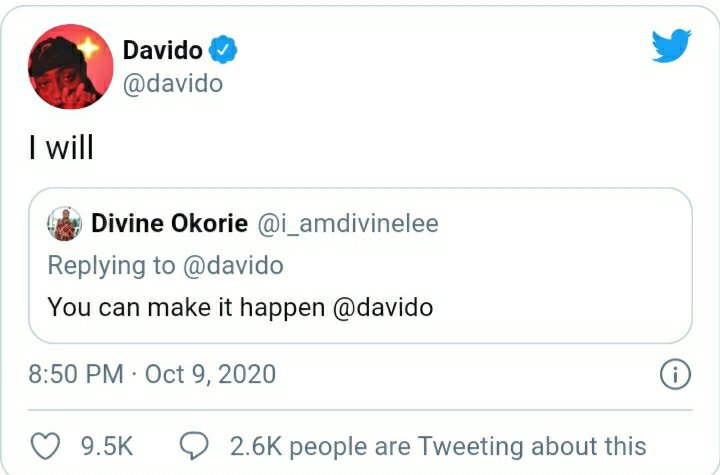 Naira Marley Is A Coward, He Was Settled To P..

BBNaija’s Praise shuts questions about his ..

Kiddwaya Under Fire For Saying Hard Work Made..