On Thursday evening, Manchester United will face Aston Villa in the third round of the Carabao Cup at Old Trafford.

Predicting how Manchester United will line up against Aston Villa at Old Trafford this evening may be more difficult than predicting the outcome of the game.

United will face Unai Emery’s side for the second time in five days, but this time in the comfort of their own backyard and in a so-called ‘lesser competition.’ In reality, the Carabao Cup is probably more important to Villa this season than it is to United.

Nevertheless, it is another competition that offers United the opportunity to try and end their trophy drought, even if it’s not the piece of silverware that most supporters envision them doing it with. In recent years, managers, certainly those at the Premier League’s big hitters, have used the competition to rotate their squads and hand out opportunities to those on the fringe of the first team and youngsters.

Last season, for example, United, who exited the competition at the first hurdle, losing 1-0 at home to West Ham United, went with a much-changed team, featuring the likes of Eric Bailly, Alex Telles, Nemanja Matic and Juan Mata. It was Ole Gunnar Solskjaer’s, with the exception of one or two, second-string team.

It is possible that Erik ten Hag, who will sample his first taste of the competition this evening, could also rotate his pack, even if not quite as heavily, such are the injury problems he has had to contend with. But if he chooses to do what most people are predicting, it is likely that we will still see several changes to the side that started against Villa in the Premier League at the weekend.

Though big and telling decisions are likely to be made in defence and in midfield, Ten Hag’s biggest selection calls are likely to come in attack. The Dutchman has not been able to field his preferred front-three in each of the last three matches, purely because of Antony’s absence through a hip injury.

His recent spell on the sidelines has meant that United have started with three different right-sided wingers in each of the last three matches; Anthony Elanga started against West Ham United, Bruno Fernandes against Real Sociedad, and Marcus Rashford against Aston Villa. None of them impressed in the role, leaving Ten Hag, for a fixture of this kind, with a very simple decision to make: give Facundo Pellistri a go.

The Uruguayan, who, according to his agent, will leave United after the World Cup, is still waiting to make his debut for the club, more than two years after arriving at Old Trafford. If he is not going to get a chance to prove his worth in a Carabao Cup third round tie when United are starved of suitable options out wide he never will.

He deserves an opportunity, at least, to show what he might be capable of, especially after sitting on the bench as an unused substitute for 11 consecutive fixtures. Jadon Sancho will also be hoping to store some minutes under his belt on the opposite flank. He has missed the last two matches through illness and was an unused substitute against West Ham, meaning he is in need of some game time, should he be fit enough. 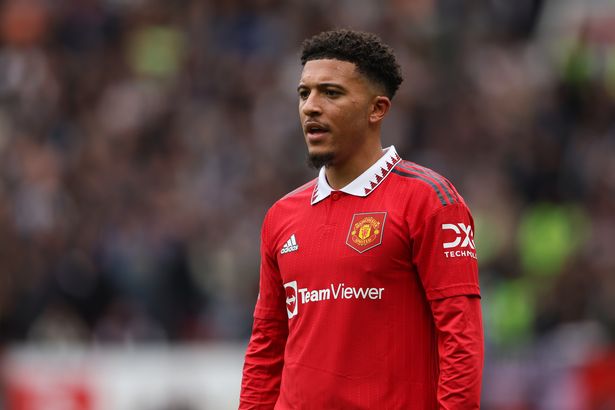 If he is declared fit enough to start, it will present a big opportunity for him to try and get back on track. The former Borussia Dortmund star has not done enough this season to be considered a first-team starter, meaning the Carabao Cup could be his best chance to leave his calling card this side of the World Cup.

Through the middle, Anthony Martial is in need of minutes. He made his long-awaited return from his latest injury layoff against Villa on Sunday, meaning he could be considered fit enough to start this one.

The Frenchman, though he has barely played this term, has been excellent when fit, leaving him, in the minds of many, as Ten Hag’s first-choice striker. Many believe he, supported by Antony and Rashford, would spearhead United’s strongest front-three.

However, with Antony unlikely to be risked this evening and Rashford possibly being saved for the weekend trip to Fulham, the Frenchman could be supported instead by Pellistri and Sancho. It would be a new-look front-three, but a third-round tie in a competition that is unlikely to be high on United’s priority list could be an ideal opportunity for Ten Hag to experiment.

MUST SEE!! Alisson Reveals How He Controls Liverpool’s Defence

ITS CONFIRMED!! Anthony Joshua To Fight Kubrat Pulev On This Date

Osimhen Compared With Edison Cavani After Serie A Debut With Napoli

Berbatov Predicts Winner Of Man United Vs Tottenham On Sunday