Rebekah Vardy has lost her High Court libel battle against Coleen Rooney over a viral social media post.
In a viral social media post in October 2019, Mrs Rooney (pictured top left), who is wife to former Manchester United footballer, Wayne Rooney, said she had carried out a “sting operation” and accused Mrs Vardy (pictured top right), wife of Leicester and England striker, Jamie Vardy, of leaking “false stories” about her private life to the press. Read the full story here 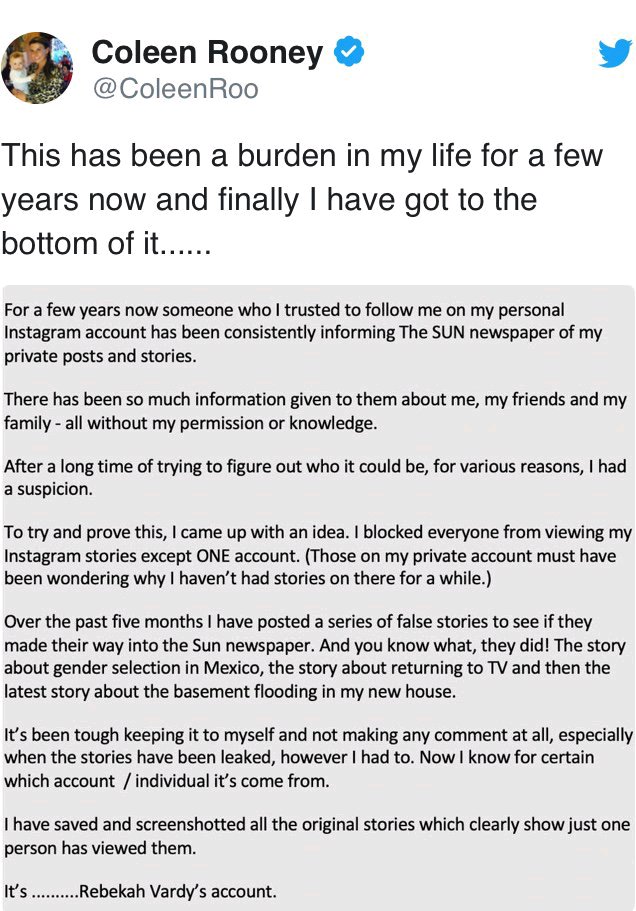 Coleen Rooney said she spent five months attempting to work out who was sharing information about her.

Mrs Vardy, aged 40 denied leaking the stories and sued Rooney’s wife for libel, while Mrs Rooney defended the claim on the basis her post was “substantially true”.

Over seven days in courtroom number 13 at the Royal Courts of Justice, the two footballers’ wives each gave evidence as revelations from the case made daily headlines across the British press.

During the trial, Mrs Rooney’s barrister David Sherborne argued Mrs Vardy had a “habitual and established practice” of leaking information about those she knew through her friend and former agent Caroline Watt – to The Sun newspaper.

However, Hugh Tomlinson QC, for Mrs Vardy, said Mrs Rooney had “failed to produce any evidence” that Mrs Vardy had “regularly and frequently abused her status as a trusted follower” of her private Instagram account by passing on information from it to The Sun.

Mr Tomlinson said the libel battle was a “very simple case” when “one clears away the conspiracy theories”.

In her ruling on Friday,July 29, Mrs Justice Steyn said it was “likely” Mrs Vardy’s agent at the time, Caroline Watt, “undertook the direct act” of passing the information to The Sun.

“Nonetheless, the evidence … clearly shows, in my view, that Mrs Vardy knew of and condoned this behaviour, actively engaging in it by directing Ms Watt to the private Instagram account, sending her screenshots of Mrs Rooney’s posts, drawing attention to items of potential interest to the press, and answering additional queries raised by the press via Ms Watt.

The judge added: “In my judgment, the conclusions that I have reached as to the extent to which the claimant engaged in disclosing to The Sun information to which she only had access as a permitted follower of an Instagram account which she knew, and Mrs Rooney repeatedly asserted, was private, suffice to show the single meaning is substantially true.”

Arteta Reveals How Arsenal Can Beat Liverpool On Monday Night

Protesting Super Falcons Return To Training After Receiving $2,800 Each

I Am Not Interested In Mind Games With Mourinho – Solskjaer