Popular Nigerian singer, David Adeleke a.k.a Davido has disclosed why he won’t help the airport official who begged him for help after losing his job.

In a new video, the airport staff was seen, pleading with OBO to help him secure his job.

Airport authorities allegedly fired the staff for “begging a passenger for money” which is strictly forbidden.

Reacting to this, Davido said he is not ready to help anyone because some Nigerians will tag him a “clout chaser”. 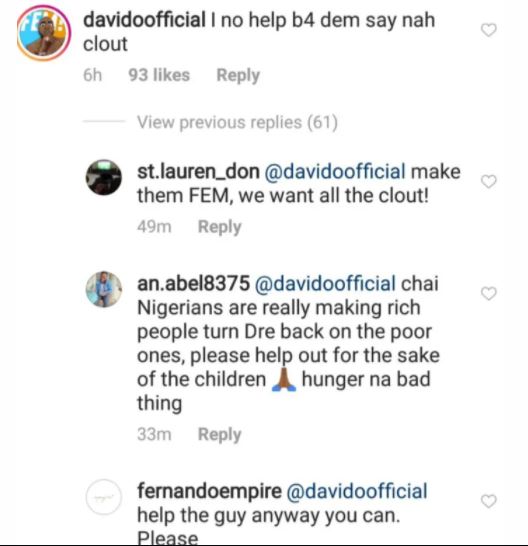 #BBNaija: Yousef Has Been Evicted From The Big Brother Naija House

Be Sincere!! Is Pastor Sam Adeyemi The Only Reasonable Pastor In Nigeria? See What Happened

BBNaija Star, Maria Chike Shares Video Of Herself And Her ‘married’ Boyfriend, Kelvin, On A Date Night