A Brooklyn pastor who flaunts his expensive jewelries and possession, Bishop Lamor Miller-Whitehead, has defended his flamboyant lifestyle.

This comes after he was robbed at gunpoint by some men who stormed his church while he was preaching on Sunday. The armed robbers carted away jewelries worth $1 million belonging to him and his wife in the attack that was livestreamed in Canarsie.

Netizens blamed the clergyman for the attack because he’s fond of showing off his diamond-encrusted chains, Gucci suits and luxury cars on social media. 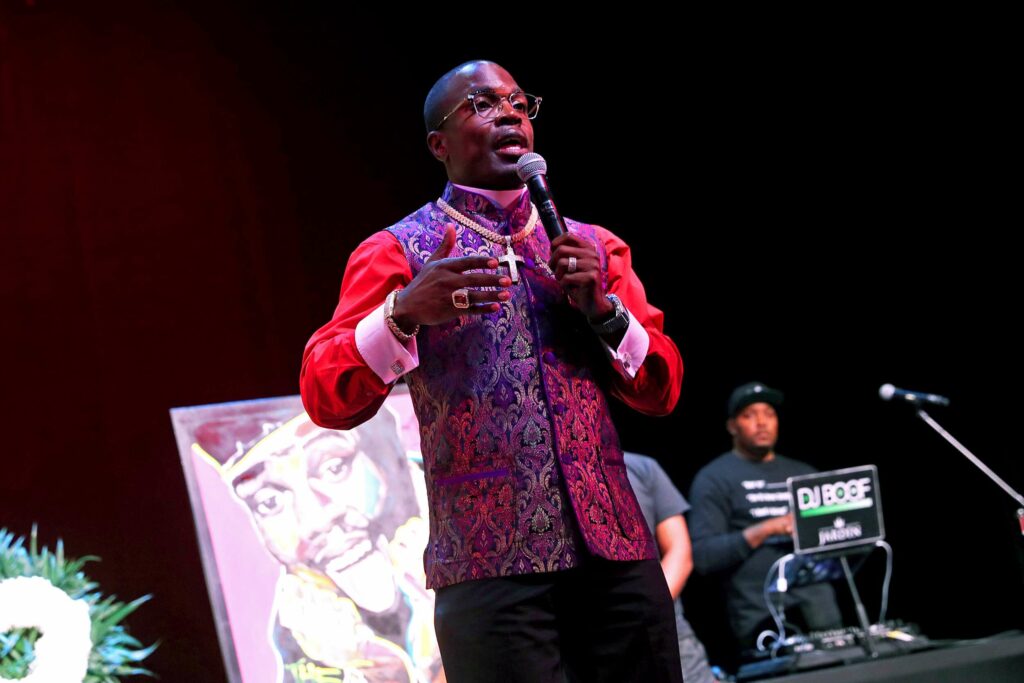 Reacting to the comments, Miller-Whitehead took to his Instagram page to say it was not his fault that he was targeted by the thieves.

According to the 44-year-old, his public display of wealth should not be blamed for the gunpoint robbery and it’s not his fault for standing out in the community, given his status.

He added: “Sometimes when you’re a known bishop, it’s a gift and a curse. You become the talk of the town.”

At the time of the robbery, the clergyman and his wife were wearing over $1 million worth of jewelries which were all stolen by the thieves.

Fancy Acholonu Clears The Air On Her Ex-Fiance, Alexx Ekubo Being Gay Says She Felt Betrayed By Him In Private

If SARS Is Working, Why Has Terrorism Continued – Shehu Sani Blasts Northern Govs