Nigerian-born UK-based Afropop singer, Kida Kudz, has opened up about his mental health struggles as he seeks professional help.

The singer, who took to Twitter moments ago to bare his mind to his fans and followers, said he’s been battling depression for two years now.

He noted that although some people might see him as “weak”, he mustered the courage to be open about his problems so that he could get help.

According to him, he decided to seek help because he’s tired of fighting himself and pretending to be strong.

“Been suffering from depression for two years none stop. I’m putting myself out there God. Heal me. Any therapist memberz out here? Get in contact pls Tired of fighting myself everyday in dis cold world that no one gives a fu*k. I’m standing strong still but I’m tired yo.

This might make me pu**y but I would rather share with you guys the same people that I drop music for. I’m going to cry all day. I’m good you guys . Feel better a bit after Letting that out.

See his posts below, 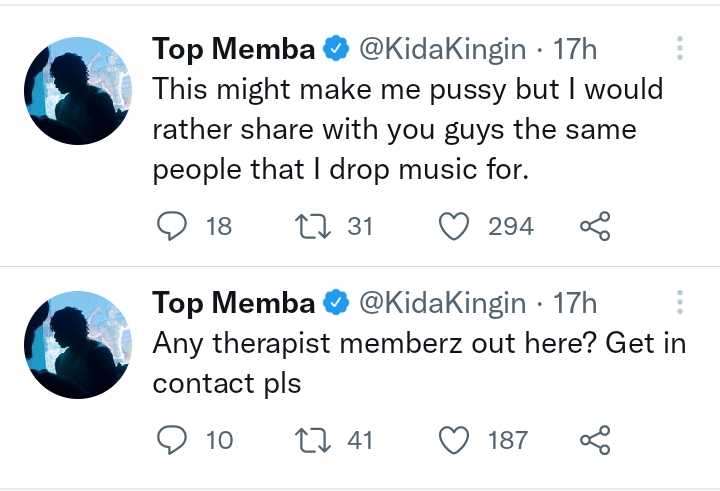 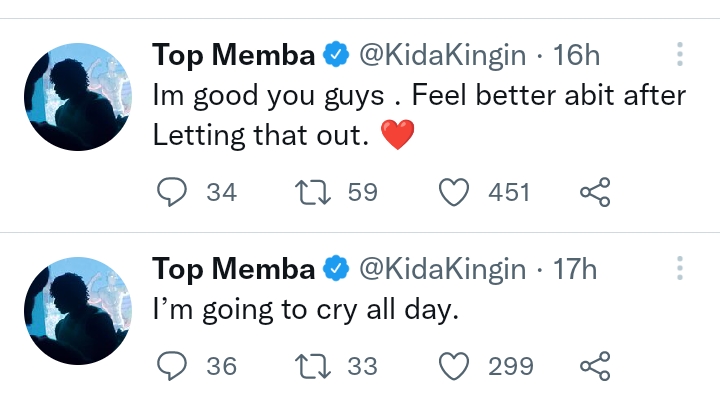 #BBNaija: Beauty Gets Disqualified From The House, Only After Two Weeks

Seyi Shay Announces The Birth Of Her Baby | WATCH VIDEO