Nigerian singer, Olawale Olofooro, professionally known as Brymo, has announced that he is through with his upcoming EP titled ‘Libel’.

“Libel is ready!!… recorded all 4 songs today in less than 8hrs with @BigfootinURface .. it was a Cruise!!!”

Another EP to be expected soon from the singer is titled ‘Grudge’. Naijaloaded recalls the award-winning musician recently stated that he is bigger than any Grammy award but he would not reject it if he is given one. 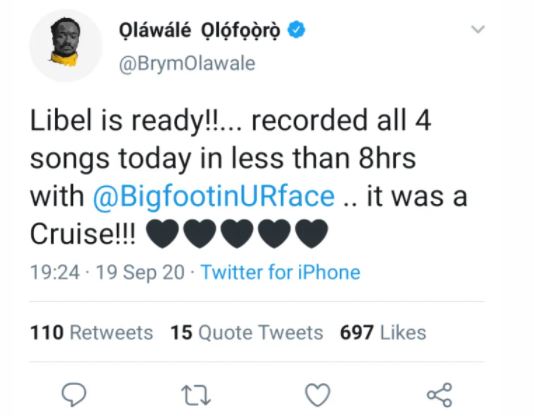 ‘Your Biggest Flex Should Be Taking Care Of..

A Simple Tips Images Of A NIGERIA Atirst "BU..