Caroline had celebrated her birthday some weeks ago, revealing that her new age was 35; this, however, was countered by critics who claim that she’s 42 years old.

Iyabo Ojo has lambasted Caroline after she had apparently called her mates ‘old’ while claiming to be ten years younger than them.
She advised Hutchings to embrace her age, which is supposedly 42 and stop claiming to be 35 years.

Things had gotten really messy from there as they both began dragging each other extensively. 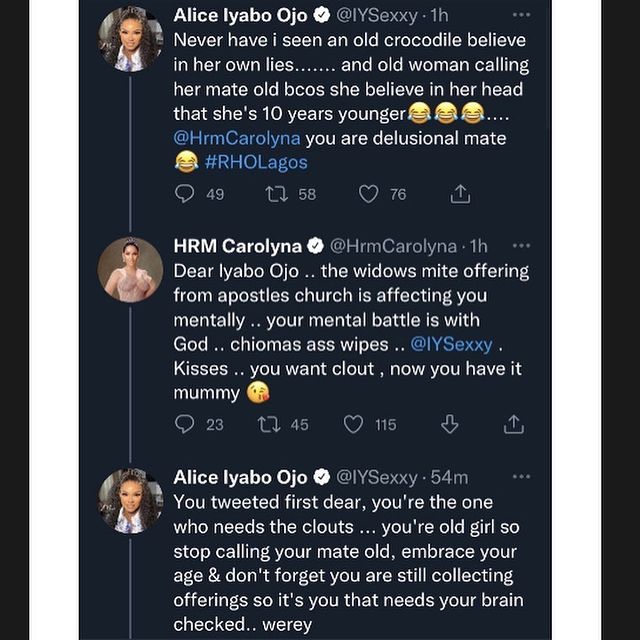 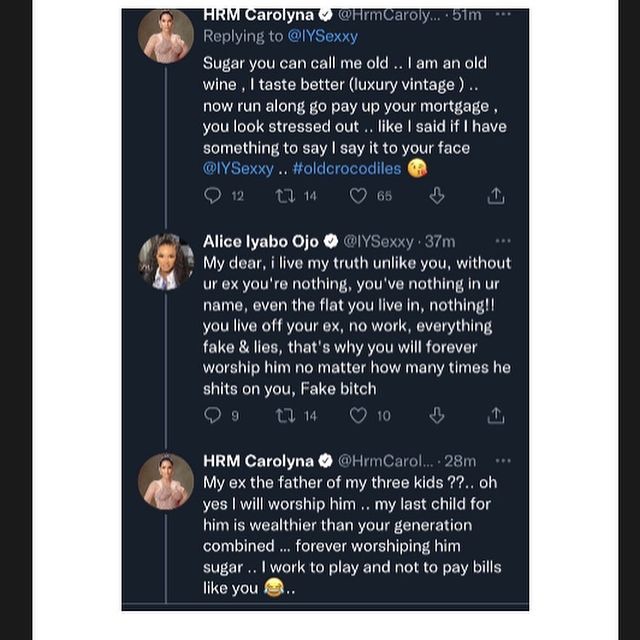 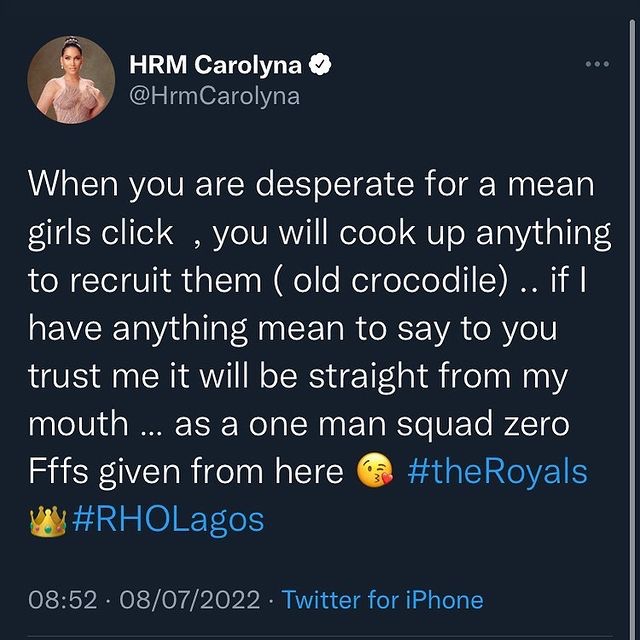 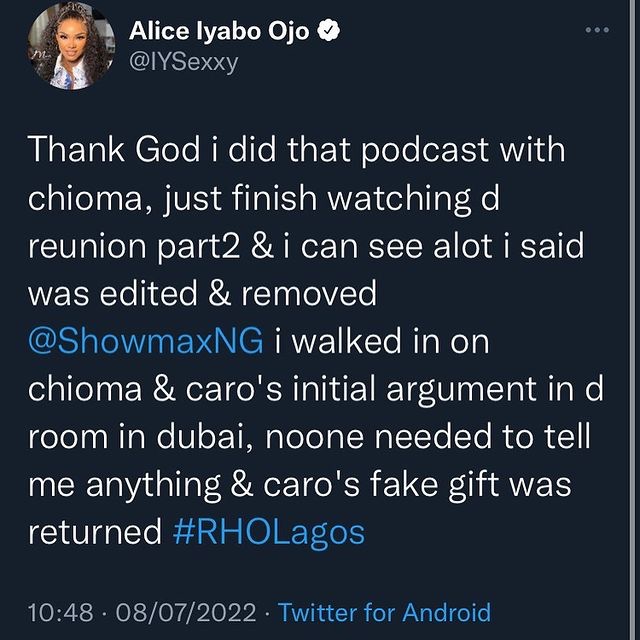 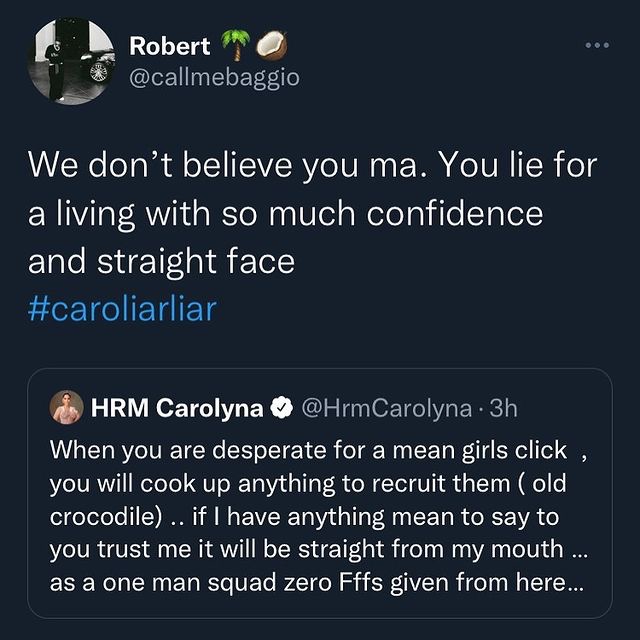 JUST IN: Kizz Daniel Arrested In Tanzania For Allegedly Refusing To Perform At His Concert (VIDEO)

“Why Does This Feel Like A Funke Akindele Initiative?”- Reactions As Toyin Abraham Launches New Project

#BBNaija 2020: Watch How Kiddwaya Flirted With Nengi In The Present Of Ozo