Nigerian journalist, Jafaar Jafaar has tendered an ‘apology’ to his fellow Northerners who attacked him for calling out President Buhari over the appointments he has made so far.

Jaafar had taken to Facebook to criticize Buhari for always appointing Northerners to head the security agencies in Nigeria yet the insecurity level is worsening in the North. 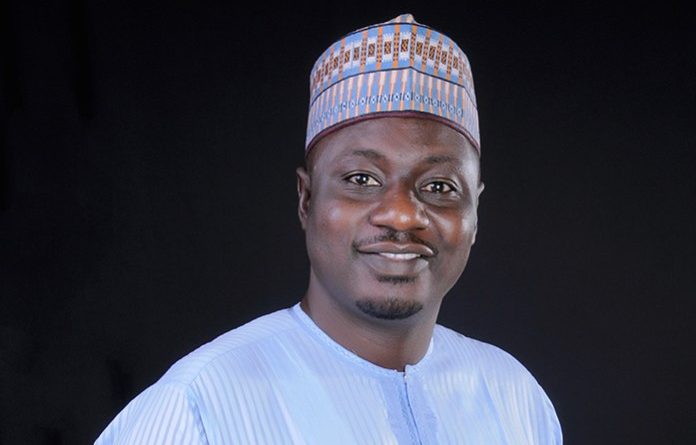 He said this in reaction to the appointment of a northerner – Deputy Corps Marshal, Finance and Accounts, Dauda Biu – as the acting Corps Marshal of the Federal Road Safety Corps (FRSC).

“Even FRSC, this man is appointing a northerner! With all the northerners forming the country’s security architecture today, security situation has deteriorated in the region.

When Buhari leaves office, we, northerners, will have no ground to groan under lopsided appointments,” he wrote. 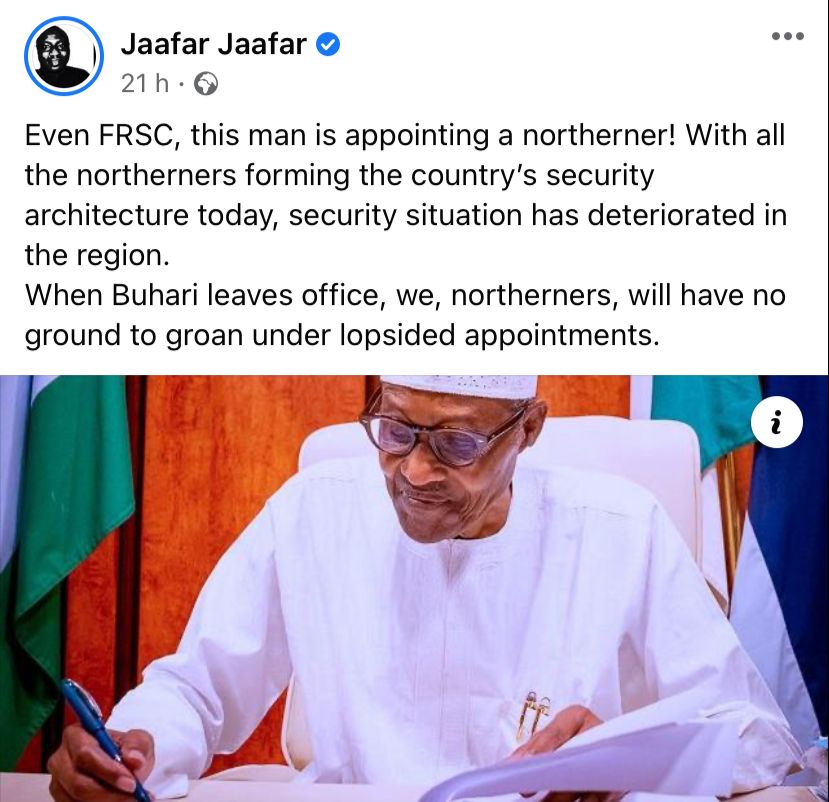 Some Northerners found his post offensive and slammed him for speaking against President Buhari.

Reacting to the backlash, Jaafar took to his page to share a backhanded apology to his kinsmen.

Read the sarcastic apology below,

To those who are angry with my post on Buhari’s chronic nepotism, let me ‘correct’ it here: 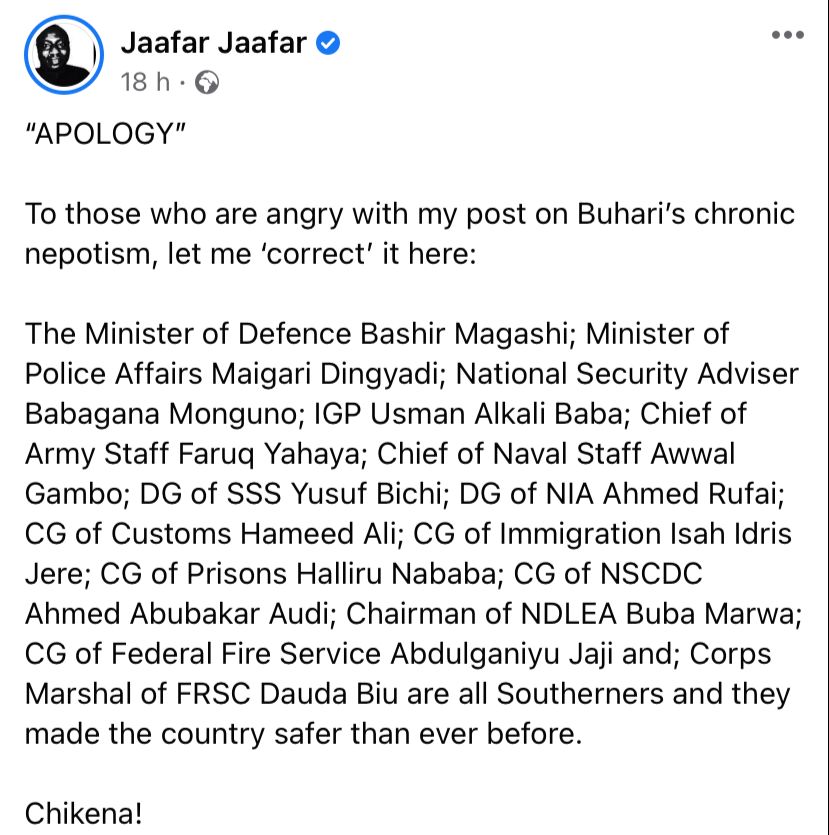 El-Rufai: There Is No Phenomenon Like Repentant Terrorists, Bandits

I Was Misquoted, Tee Mac Makes U-turn After Saying Tinubu Is Not Qualified To Be Nigeria’s President

ENDSARS!! They Killed My Friend For Refusing To Unlock His Phone – Angry Protester Speaks