A Nigerian lady took to Twitter to narrate how she unexpectedly received a credit alert from an unknown person but was later able to discover who it was making a few actions.

According to the lady, with handle @Cruella_D_Vel on Twitter, after she got received the alert, she waited for the person to call her but didn’t receive any call and for a moment she forgot about it until later, when she decided to search for the person on social media using the full name of the sender the alert showed.

She revealed she was able to get a hold of the person on Facebook — the person had also tried means of reaching her after erroneously crediting her account but to no avail.

As a token of appreciation, the lady then asked that @Cruella_D_Vel keep 10% of the money for herself and send her the remaining. However, @Cruella_D_Vel had already sent the total money back to her.

The lady still was grateful for her kindness and asked her to send her mobile number so she could credit it… which she did.

@Cruella_D_Vel has since been praised on social media for her kindness.

She wrote on Twitter, alongside screenshots of her conversation,

On Friday, I got a 20k transfer from someone and waited for a call because I didn’t recognize the name but no one called me.
I forgot about it and went about my activities. Then few minutes ago I remembered and decided to type out the full name here and I found an account but couldn’t send a dm so I tried Facebook. I found the person and sent her a message and this is how the conversation went

Then she sent me 2k airtime and called me to thank me😊. 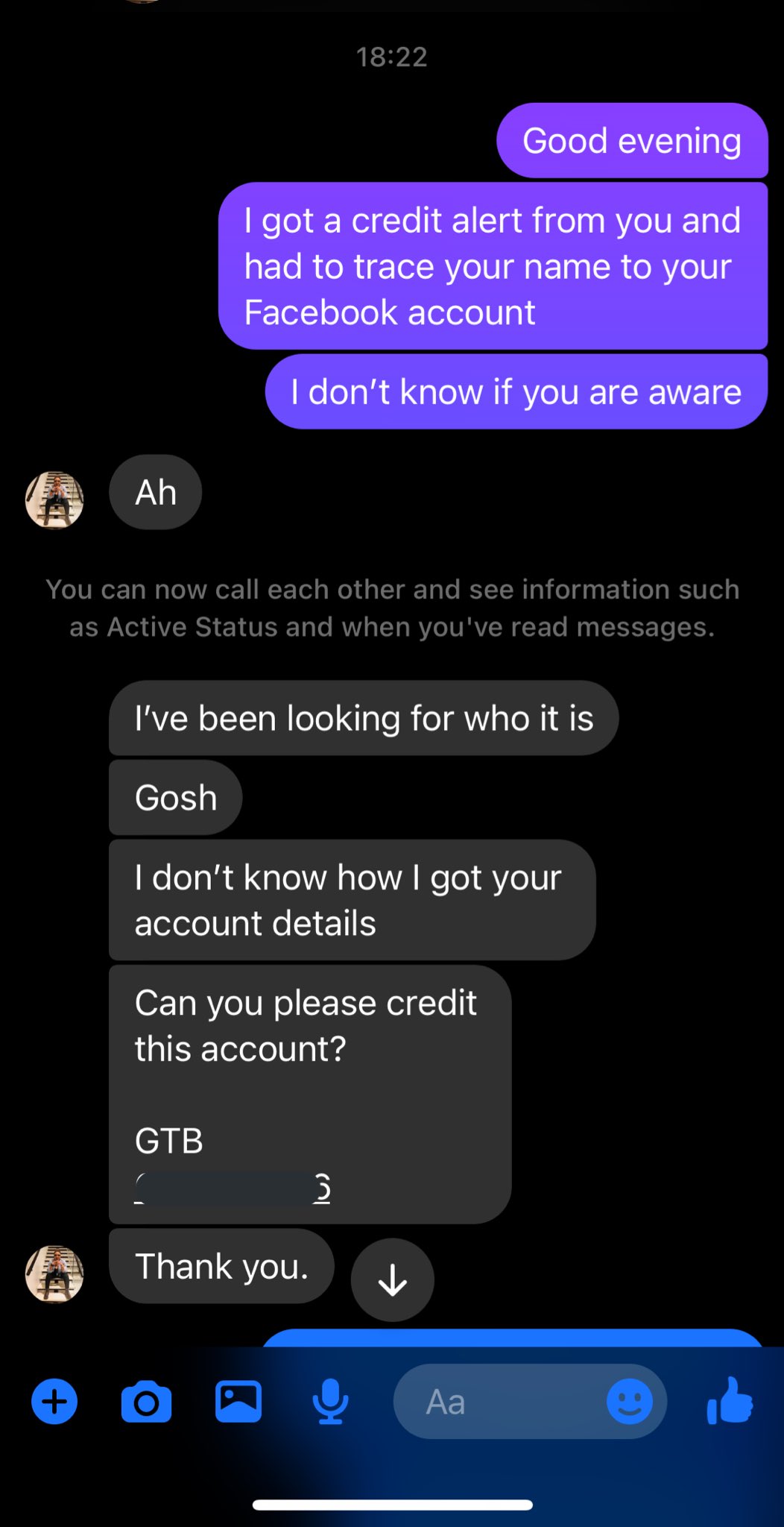 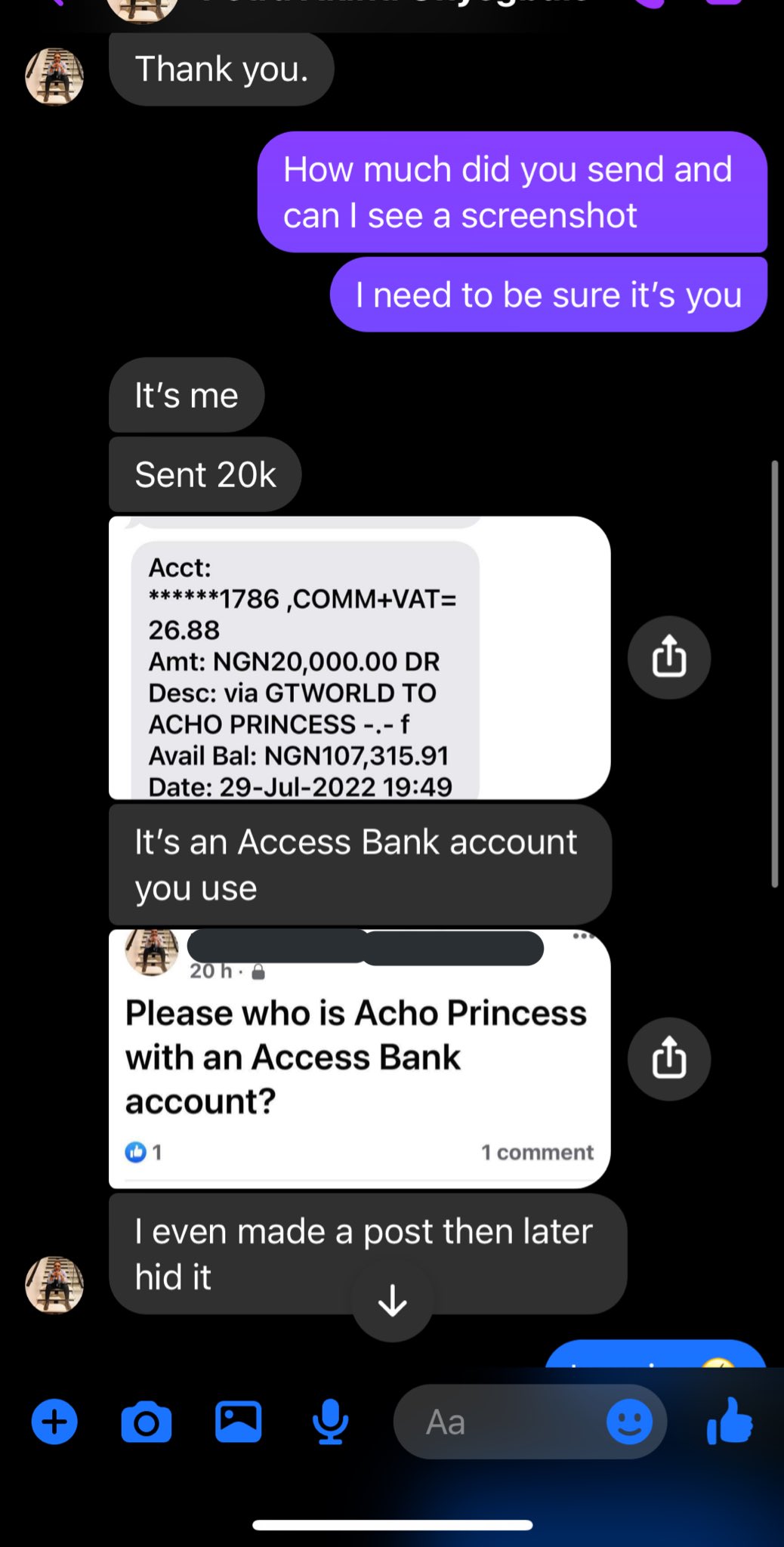 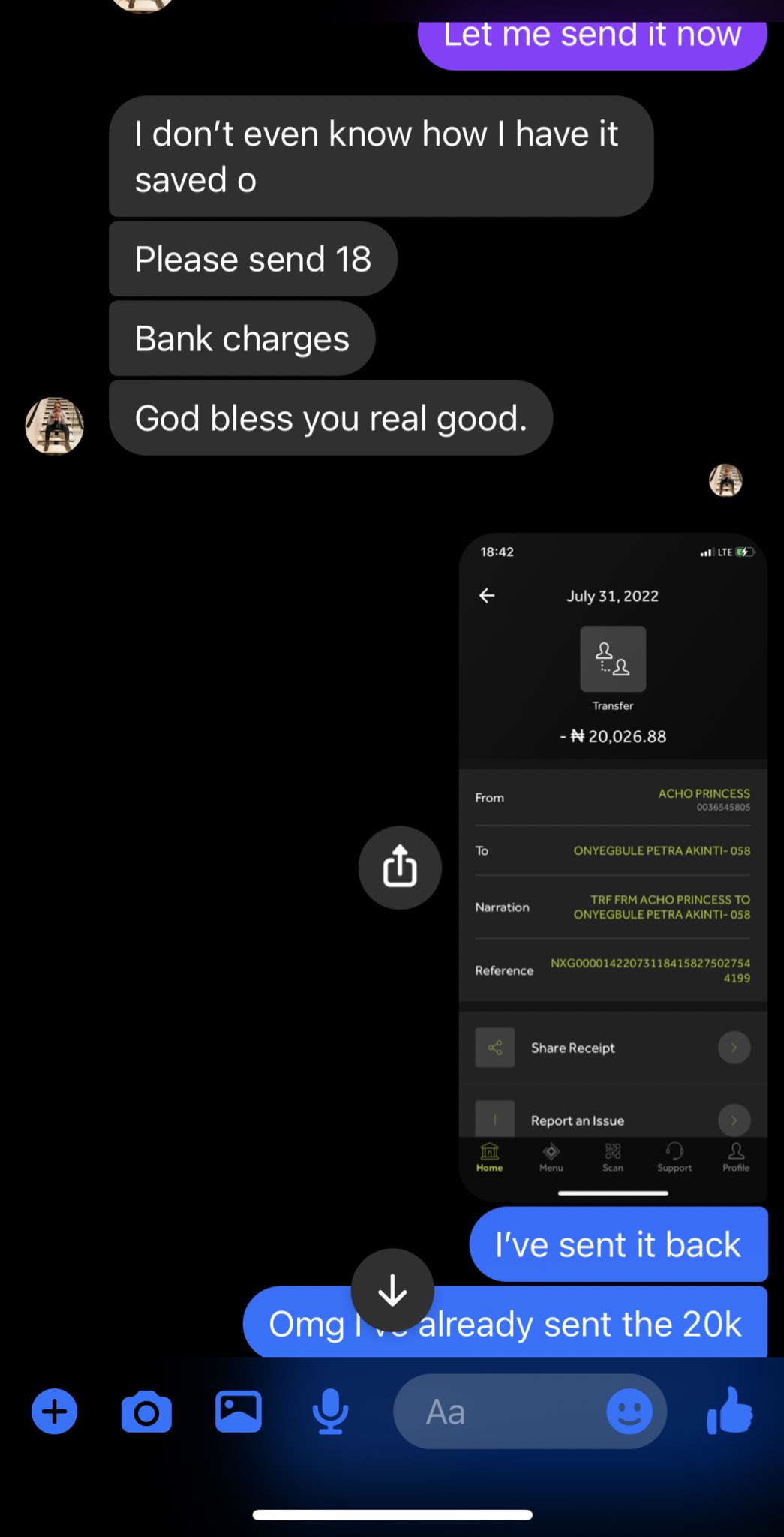 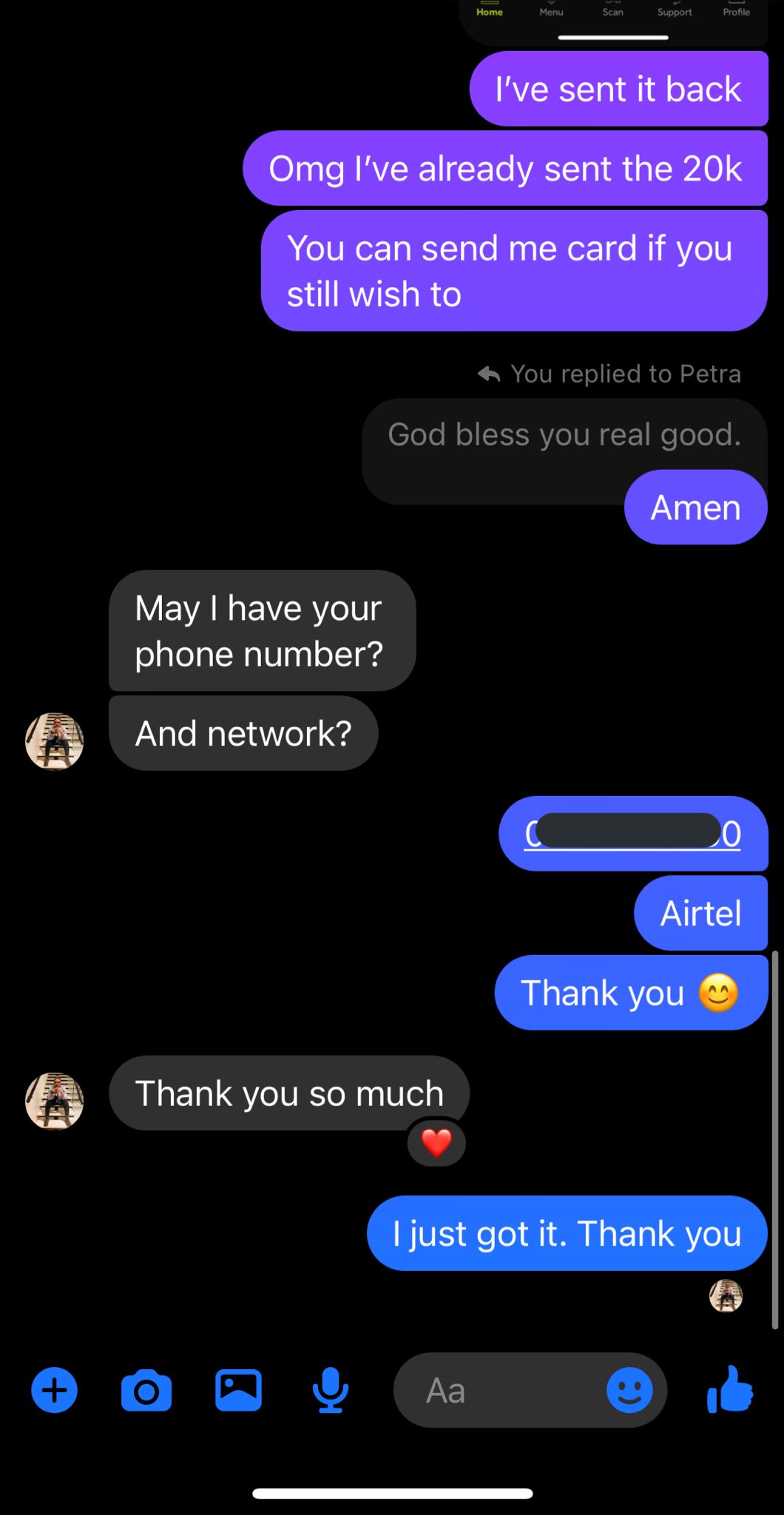 SAD : Young Lady Found Dead, Days After She Was Allegedly Abducted On Her Way To Ogun State Orientation Camp