A Nigerian lady has taken to Twitter to share her boyfriend’s reaction after she told him she was going on a date with a friend.

@xx_teefe had sent her boyfriend a message on WhatsApp asking for permission to go on a date with a friend but she didn’t specify if it was a male or female friend.

In response, the boyfriend who wasn’t comfortable with the idea, gave a list of conditions that she must follow if she goes on the date.

According to him, he would not have consented to the date because he is very much in love with her and doesn’t want to lose her to another man but he doesn’t want her to things behind his back.

See the chat below, 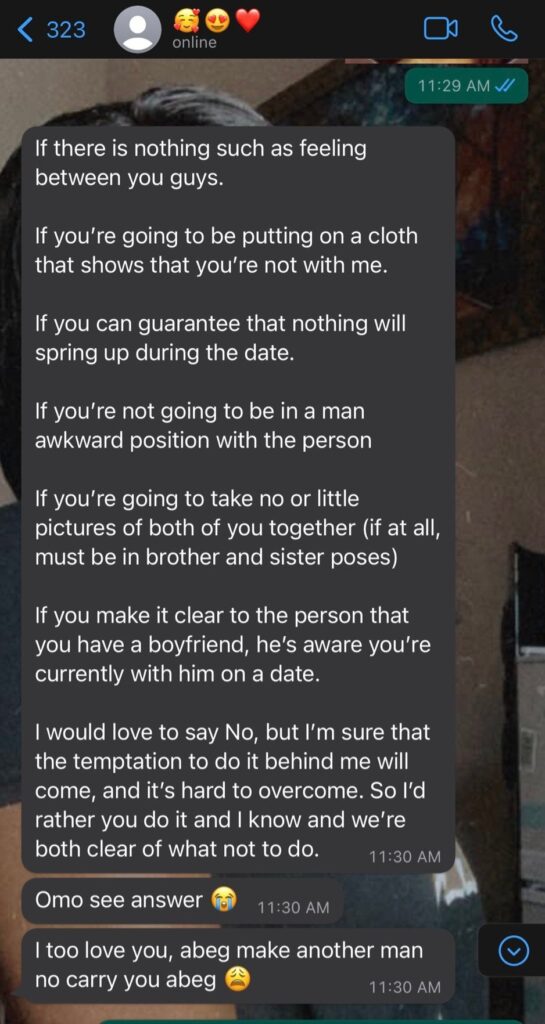 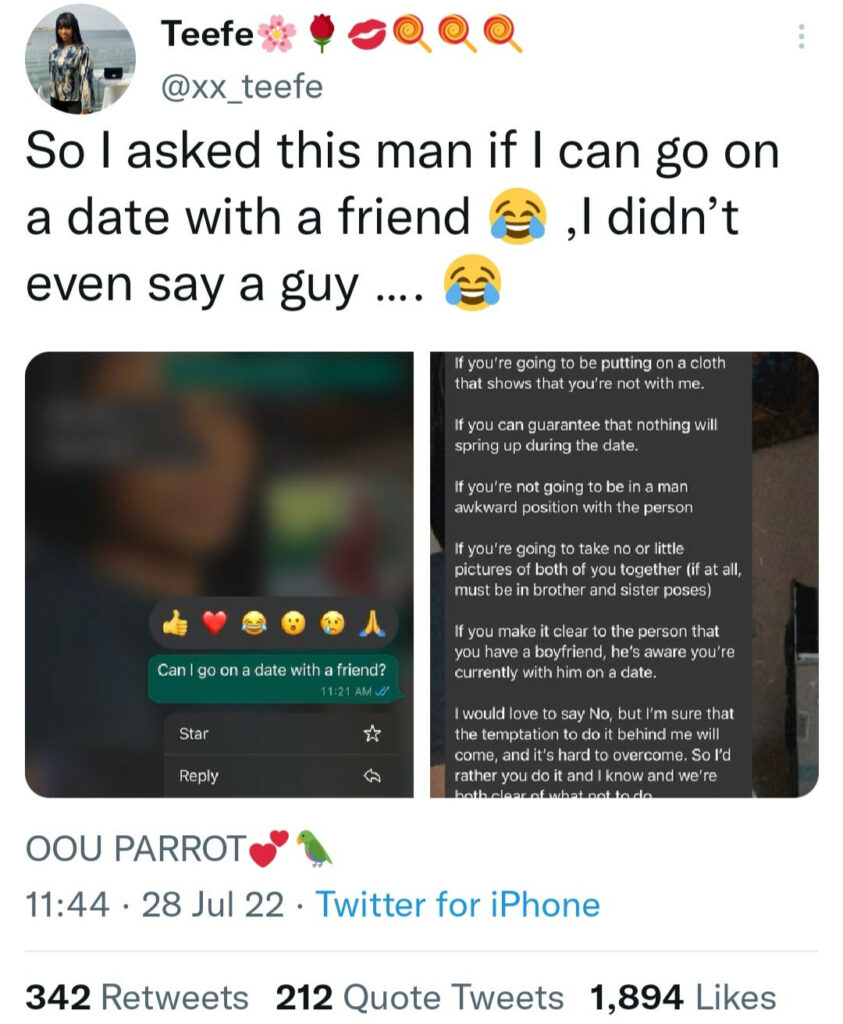 His response has sparked different reactions from social media users. See how some reacted below,

“Just say No and have peace Wetin be all these “IFs””

“Lol. Na why I single be this.
What kind of mumu date. The next thing you’ll start hearing is “it was a mistake””

“This brother gahhhz Dey listen to Burna boy’s Last Last very well now,make he for sabi the lyrics off hand for when he go really need am coz the time is near when him go chop breakfast”