The Red Devils will face the Birmingham City in the League Cup tonight at Old Trafford. Who will be victorious?

The Old Trafford outfit have confirmed that Bruno Fernandes has returned and could feature vs Villa tonight.

The Portuguese international will likely replace Donny van de Beek to feature in the No. 10 role behind the main center forward. French international, Anthony Martial, may get the nod to start in the No. 9 role.

In the wide attacking positions, Sancho’s availability is still a doubt, so, Garnacho could feature on the left flank. At the other end, Elanga may replace Rashford.

Scott McTominay and Fred may replace the likes of Christian Eriksen and Casemiro in the center of the park.

At the back, captain, Harry Maguire, will likely return to partner Victor Lindelof in the central defense. Dubravka would probably start in the goal in place of De Gea.

In the fullback positions, Dalot should start in the RB role again, on the other hand, Malacia may replace Shaw to feature in the left back role. 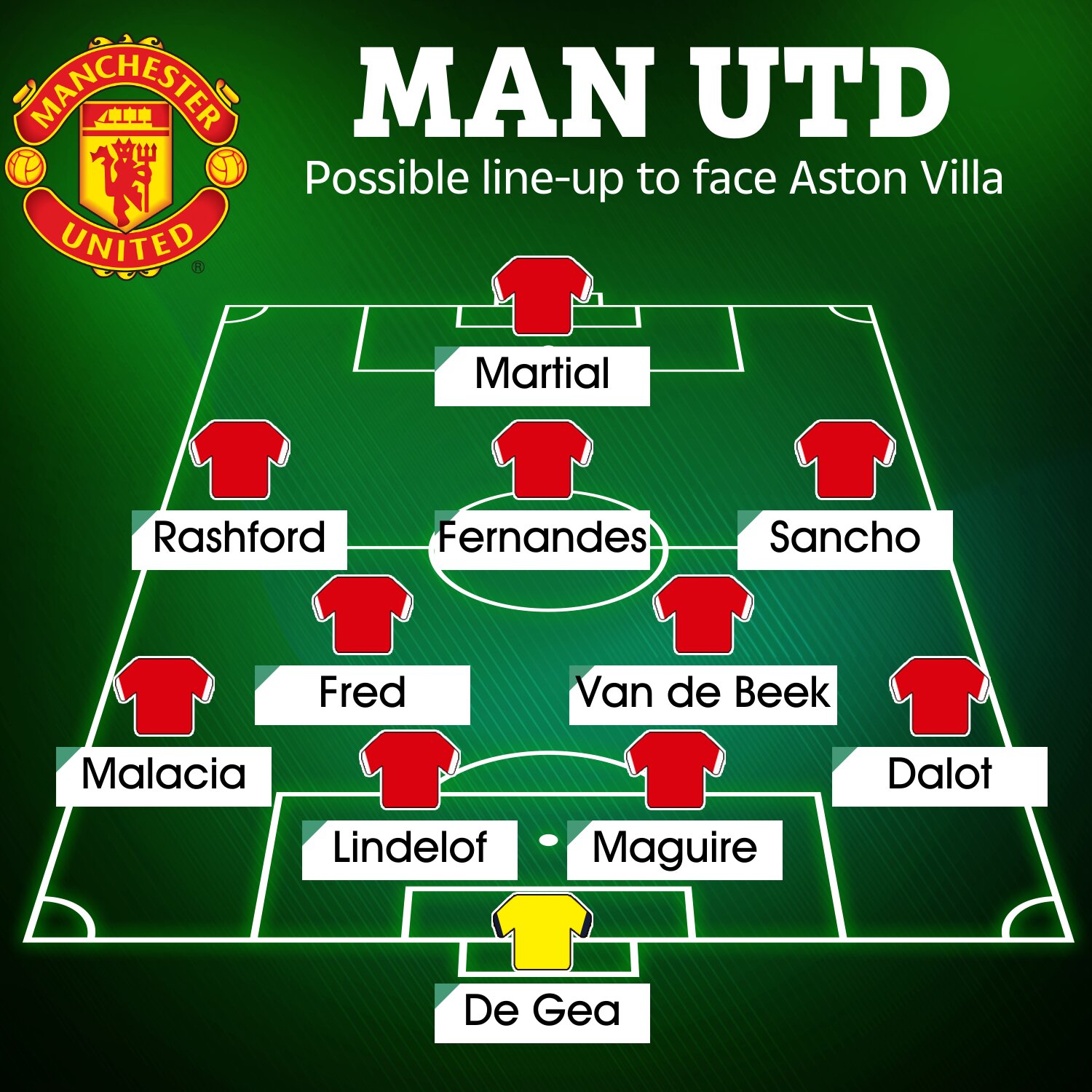