A video showing the moment the presidential flagbearer of Labour Party, Peter Obi, received a standing ovation and resounding cheers from members of Dunamis Church in Abuja has been shared online.

The former Anambra State governor attended a service held at the 100,000 seat capacity church founded by Pastor Paul Enenche on Friday, July 29, and was given a warm reception by the church leaders. 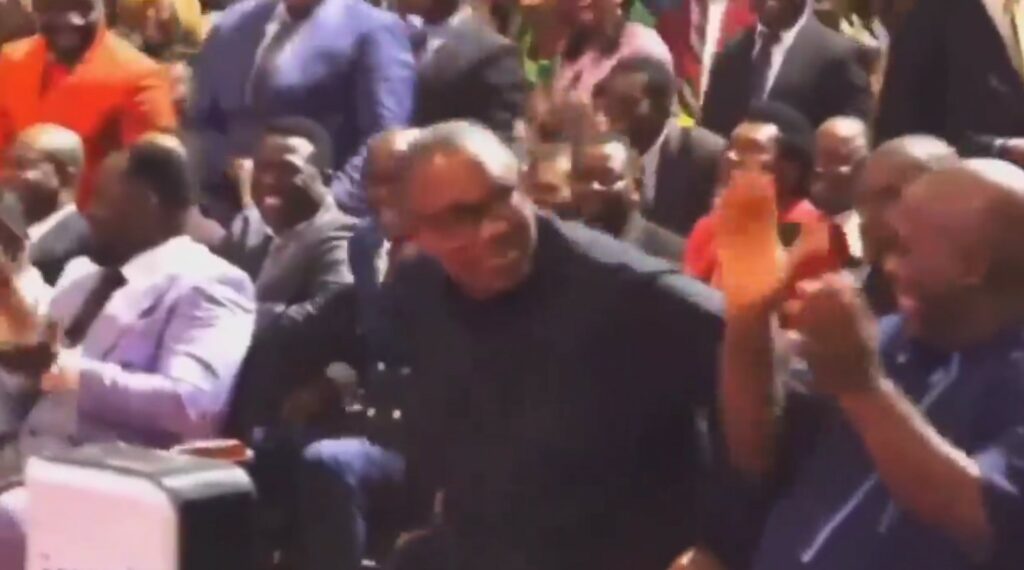 During the service, Pastor Eneche’s wife, Becky, took to the pulpit to announce the presence of the presidential aspirant.

“And we also have tonight, Mr Peter Obi who has joined for the service this evening,” she said.

Immediately his presence was announced, the congregants went agog and jumped to their feet while giving a roaring welcome to the politician.

Watch the video below;

Meanwhile, the vice presidential candidate of the All Progressives Congress (APC), Kashim Shettima, has said Peter Obi can only become President in Igboland, not in Nigeria.

Shettima, a former governor of Borno state, said this in an interview on Channels TV Politics Today programme on Friday, July 15.

According to him, Peter Obi, the presidential flagbearer of Labour Party, lacks the structure, competency and capacity to govern Nigerian in its entirety.

I’m A Fulani Man, But It’s Senseless For Cows To Be Roaming The Streets In 2021 – Adamu Garba

BBNaija’s Nengi Makes Shocking Revelation, Speaks On How Ex-Boyfriend Beat Her Up Mercilessly

Edo 2020: Before You Cast That Vote Today – Olusegun Odulana George