Nigerian singer, Naira Marley has announced the cancellation of his planned protest.

Nigerian musician turned activist, Naira Marley has given the police one week to reform the notorious Special Anti-Robbery Squad or he will lead a massive protest.

Recall that he had planned to protest against the police but was sent a message saying that the Inspector-General of Police will reform police.

Also, the government through the minister of Youths and Sports development, Sunday Dare also added his voice by begging Naira Marley to shelve the planned protest.

Reacting on Twitter, Naira Marley announced the cancellation of the protest.

Read what he wrote below:- 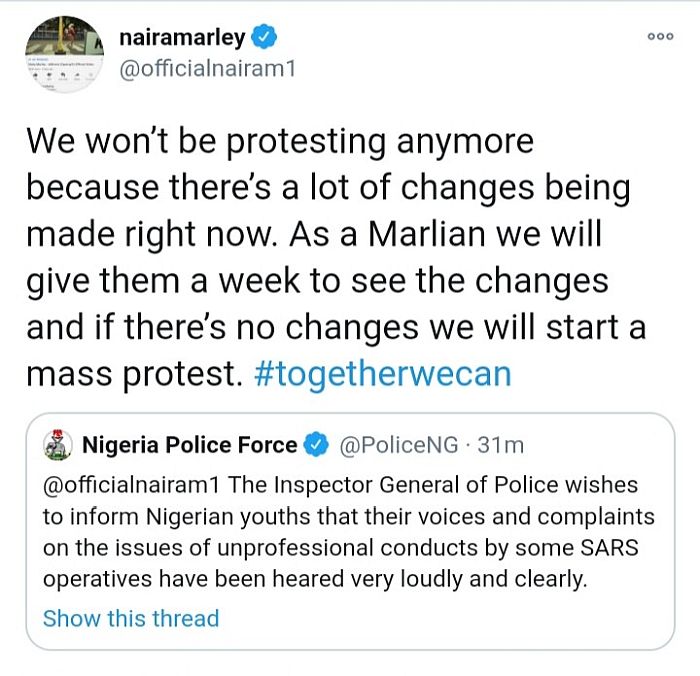 Media Personality, Denrele Edun Shares Video Of How He Takes His Bath With His Floor-length Braids

Regina Daniel’s Husband, Nwoko, Proposes To His 7th Wife To Be

BBNaija Star, Maria Chike Shares Video Of Herself And Her ‘married’ Boyfriend, Kelvin, On A Date Night