Big Brother Naija pepper dem winner, Mercy Eke has shared a screenshot of the application message she sent before qualifying for the reality TV show.

The 28-year-old entrepreneur who emerged winner of the 4th edition of BBNaija in 2019, took to Snapchat to post the memory from three years ago and it has gotten netizens buzzing online.

In the chat, Mercy spoke highly of herself and described herself as the missing link on the show because her content would keep viewers glued to their screen.

She captioned the post, “Oh wow, 3 years ago. God I bless your holy name”. 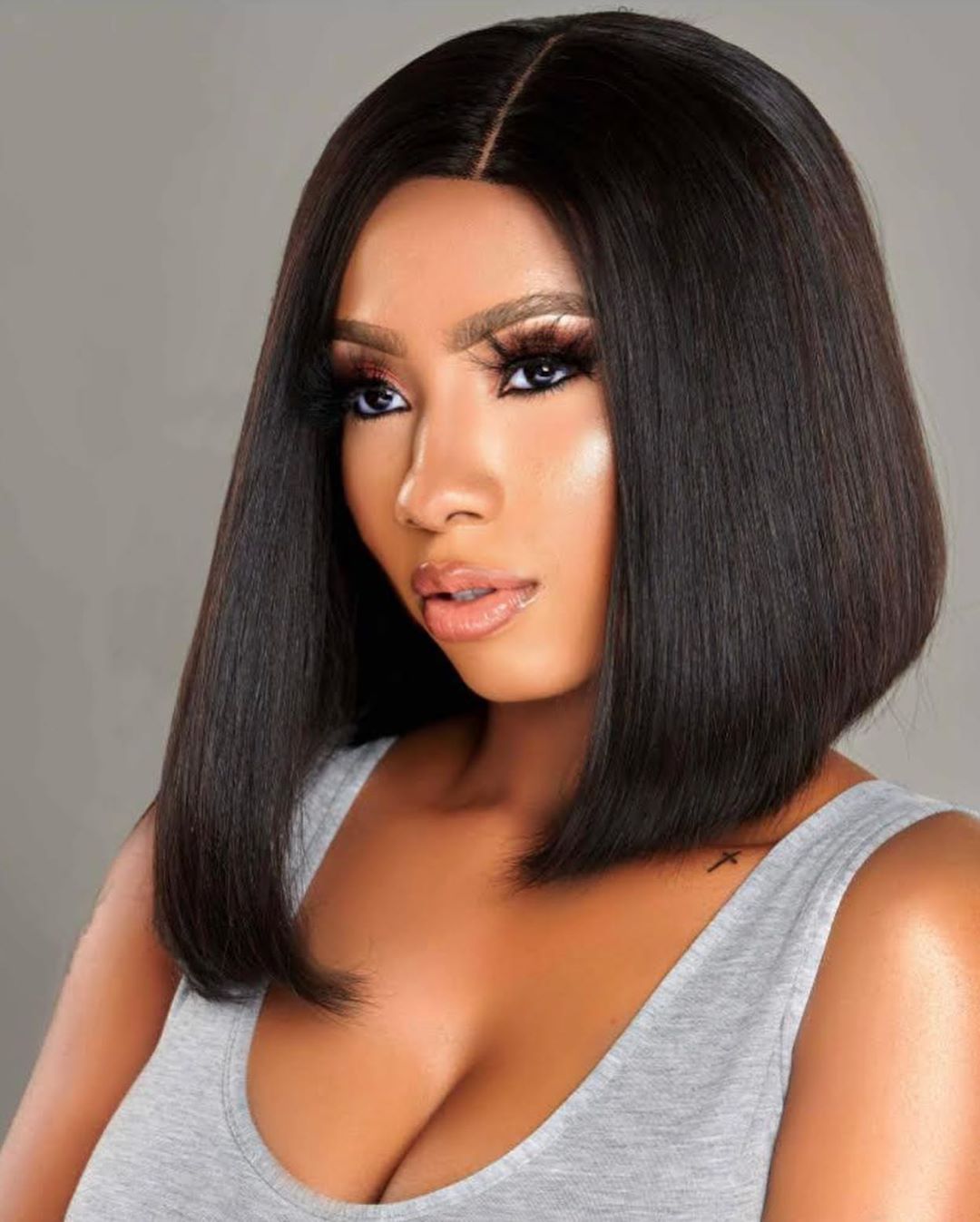 She didn’t fall short of her claims as she brought drama to the reality show during her participation and ultimately won the N60 million grand prize. 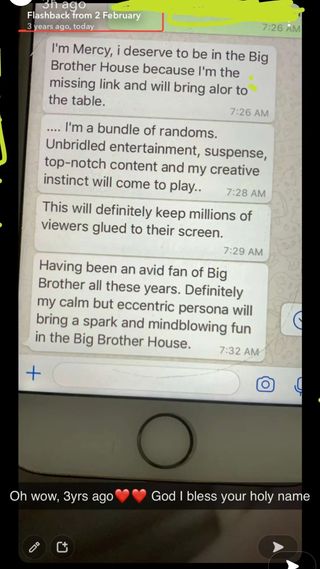 A lot of people have reacted to the message as they argued that the reality show star didn’t write the message because of the impeccable grammar in it.

According to them, Mercy is not capable of writing such and she outsourced it to someone else.

@edem_rose wrote, “No b mercy write this thing abeg

@hurricanecoco wrote, “Lmao she didn’t think of this nor type it herself abeg. What I ordered vs what I got”

@hailshee wrote, “Reading this I knew she didn’t type it but it doesn’t matter! We all know who she is today”

DanDizzy Replies To 105 Over A Freestyle Battle

Tems Becomes The First Nigerian Artist To Debut At No. 1 On Billboard Hot 100

Omah Lay To Release New Project, â€˜What Have We Doneâ€™