Two half-sisters enmeshed themselves in a messy drama on Twitter which made their family feud go viral on the platform.

The quite controversial situation started when the elder sister, known on Twitter as @Sugaarrbaby, sent out a tweet about having two birth certificates because her father seized her original birth certificate as a way of punishing her mum and so her mother got another one.

The lady referred to her father as “my other parent” in her tweet. Moments later, her younger ‘half-sister’, a baker, replied the tweet and accused her elder half-sister of “dragging” their dad.

She revealed their father wants nothing to do with Sugaarrbaby and her mum and also said some foul things their father allegedly said about the both of them.

The younger sister added: “This is why they said marry one wife so your days will be long.”

“I regret ever knowing you as a sister. God forbid,” the younger sister shared in a tweet as well.

Some Twitter users, upon seeing the drama, lambasted the younger sister, telling her that her elder half-sister mentioned neither her nor their father.

They also reminded the younger sister that her mother is the second wife so she’s not in the position to make the remark about men marrying only one wife.

Read tweets as you scroll, 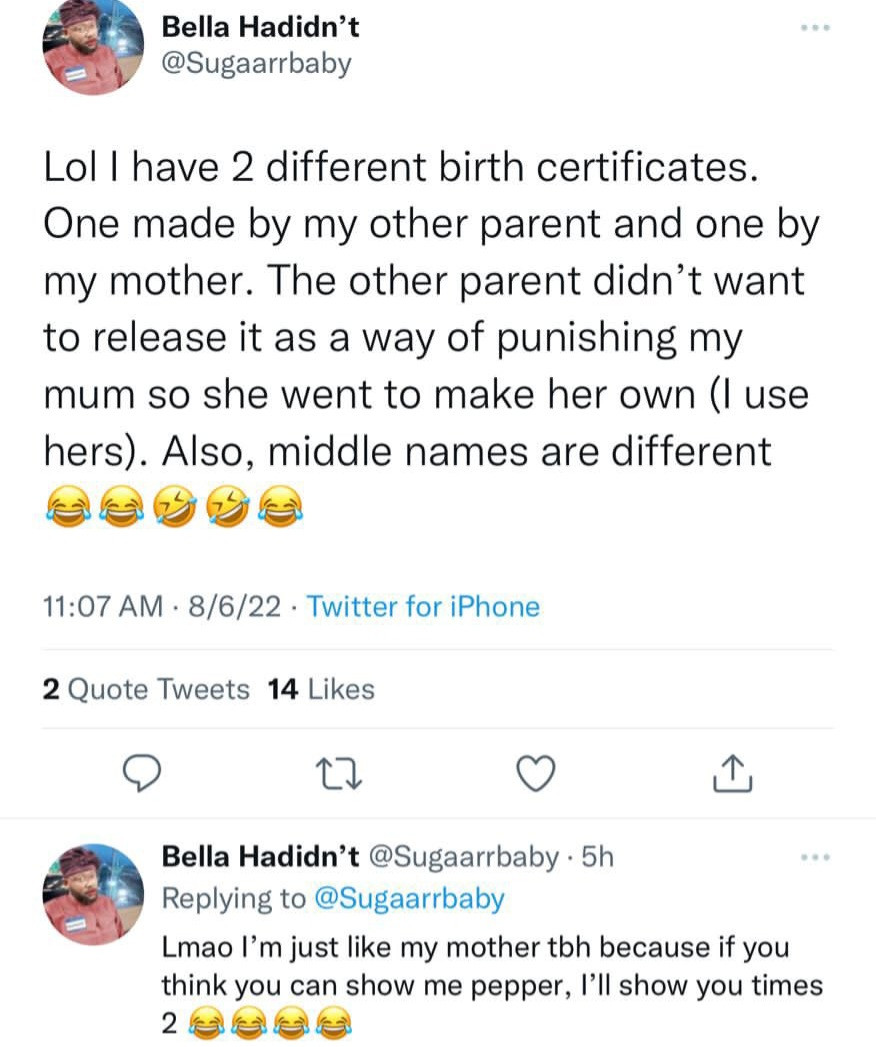 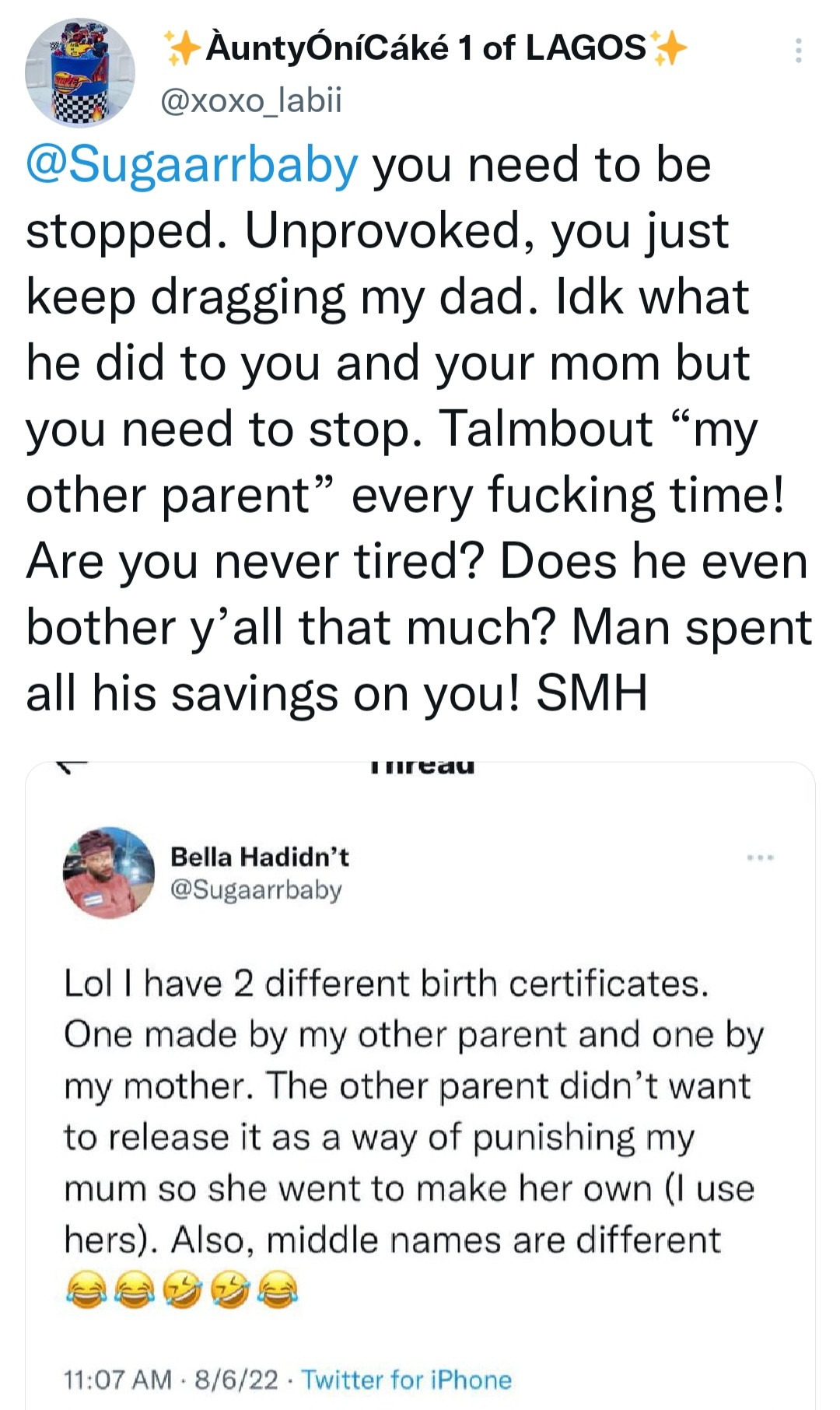 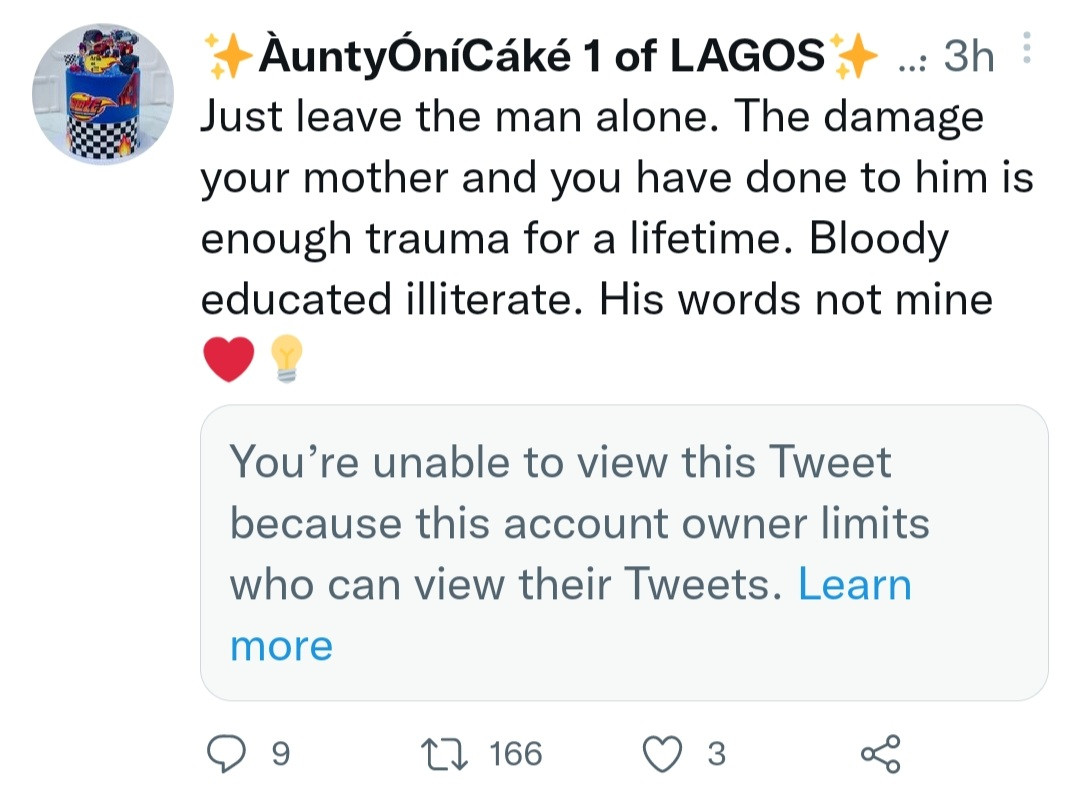 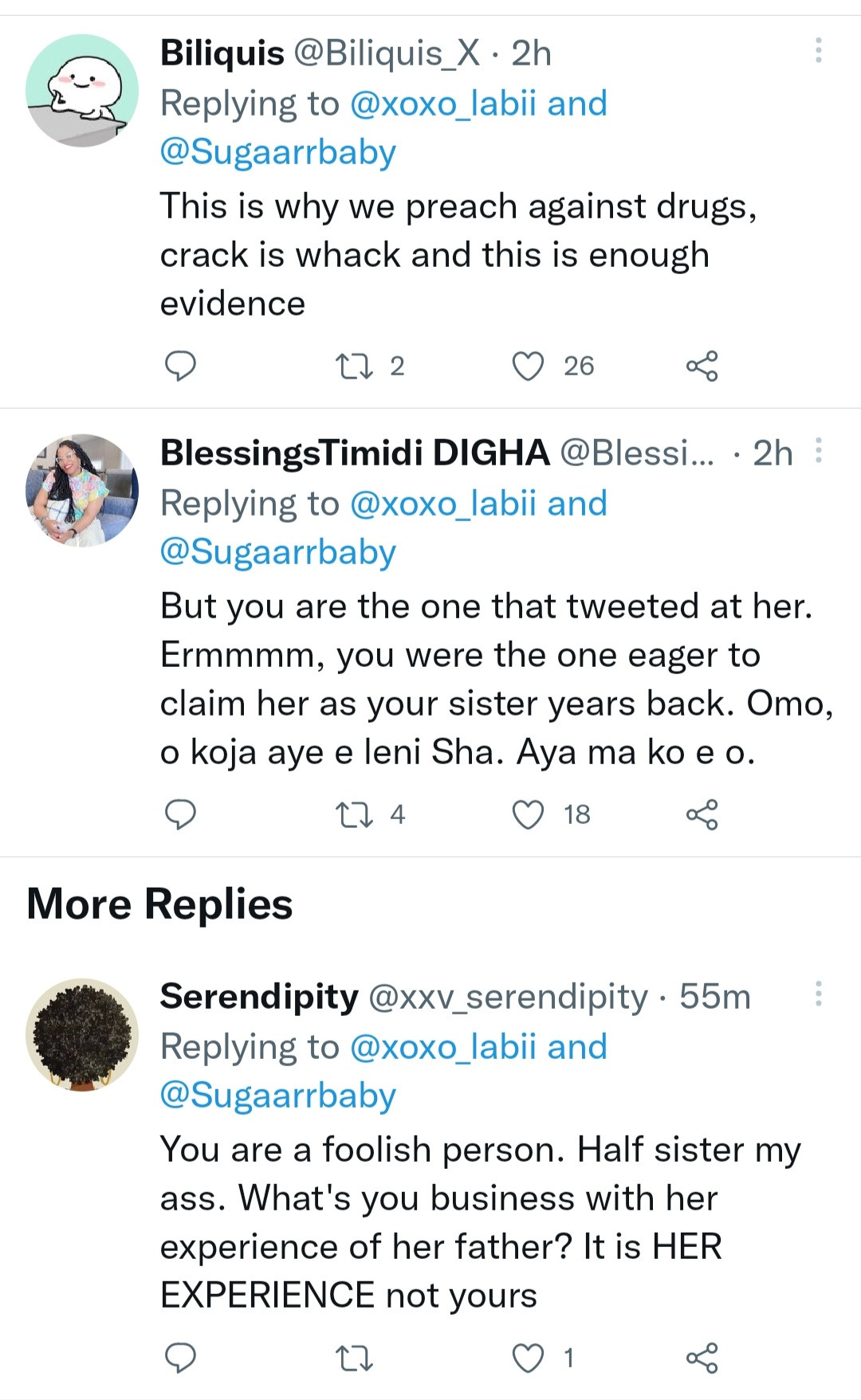 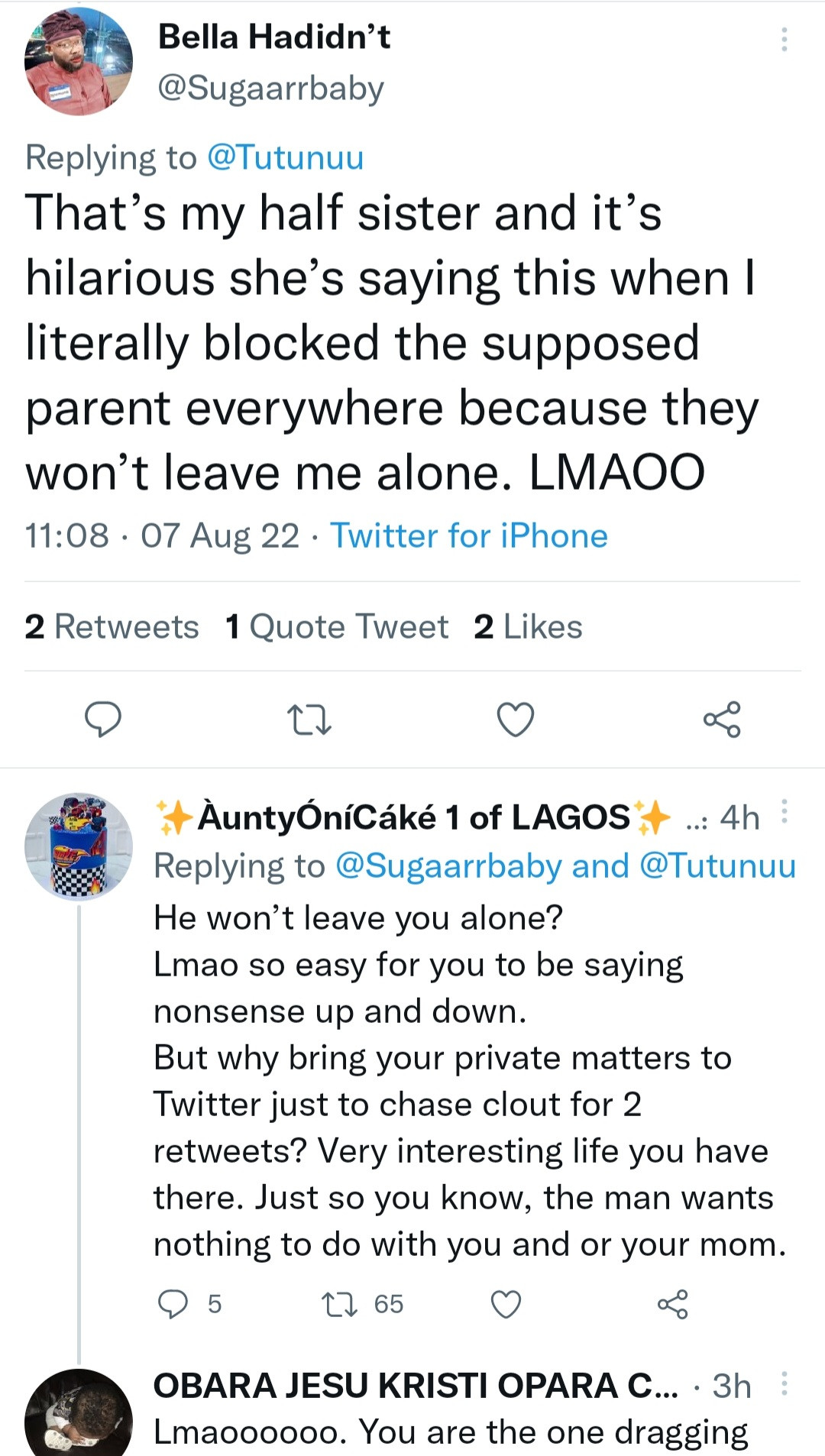 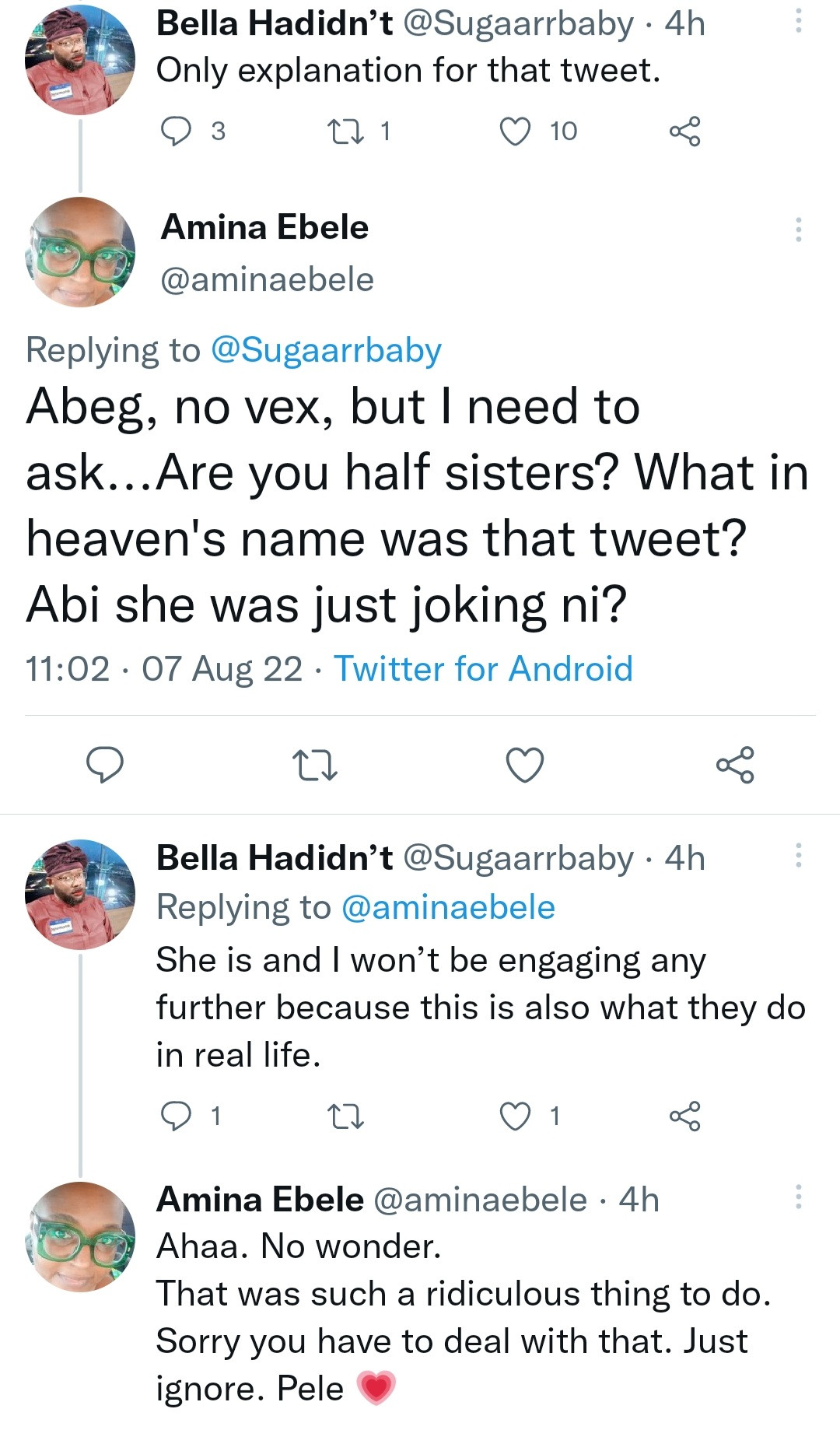 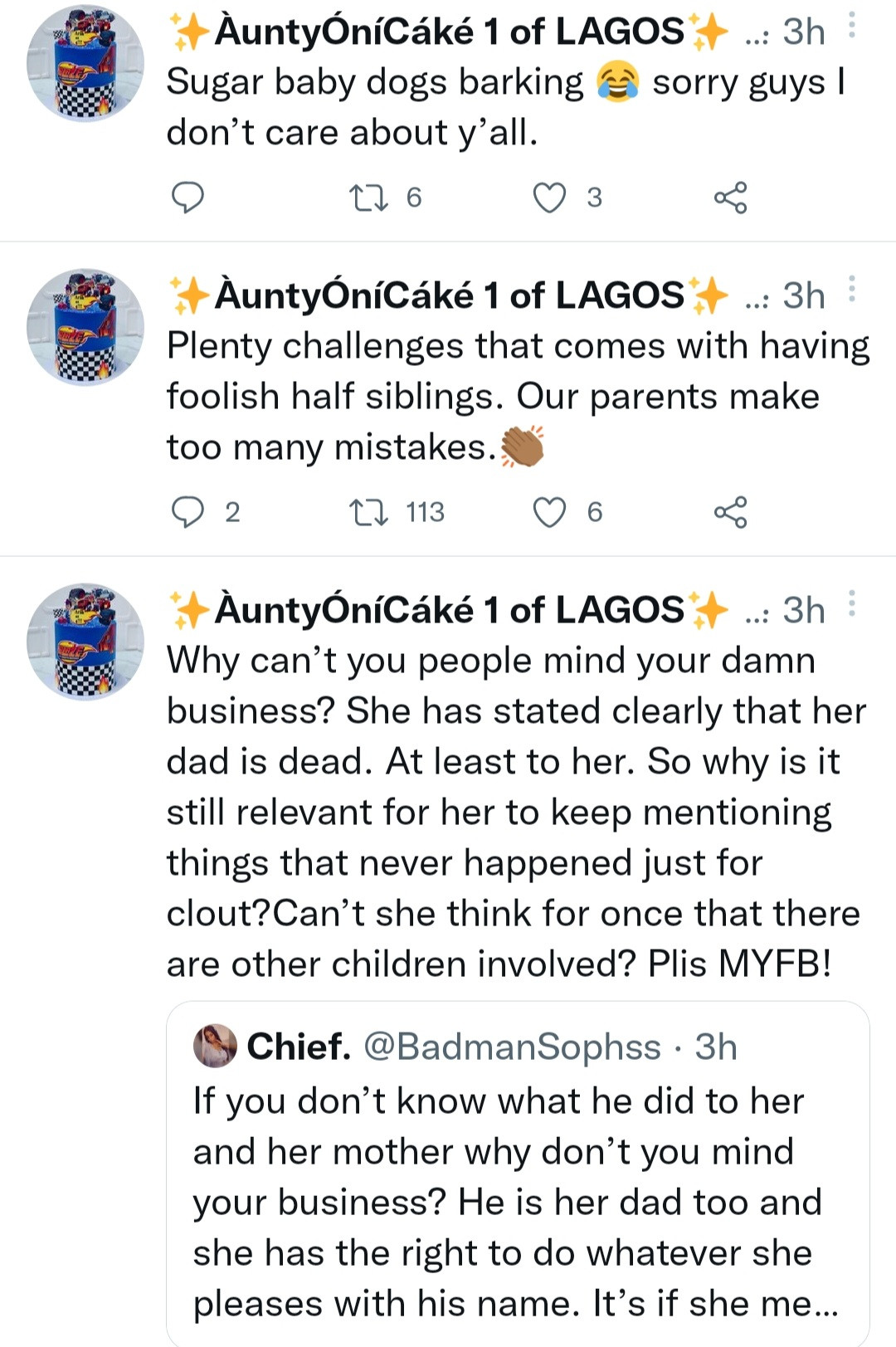 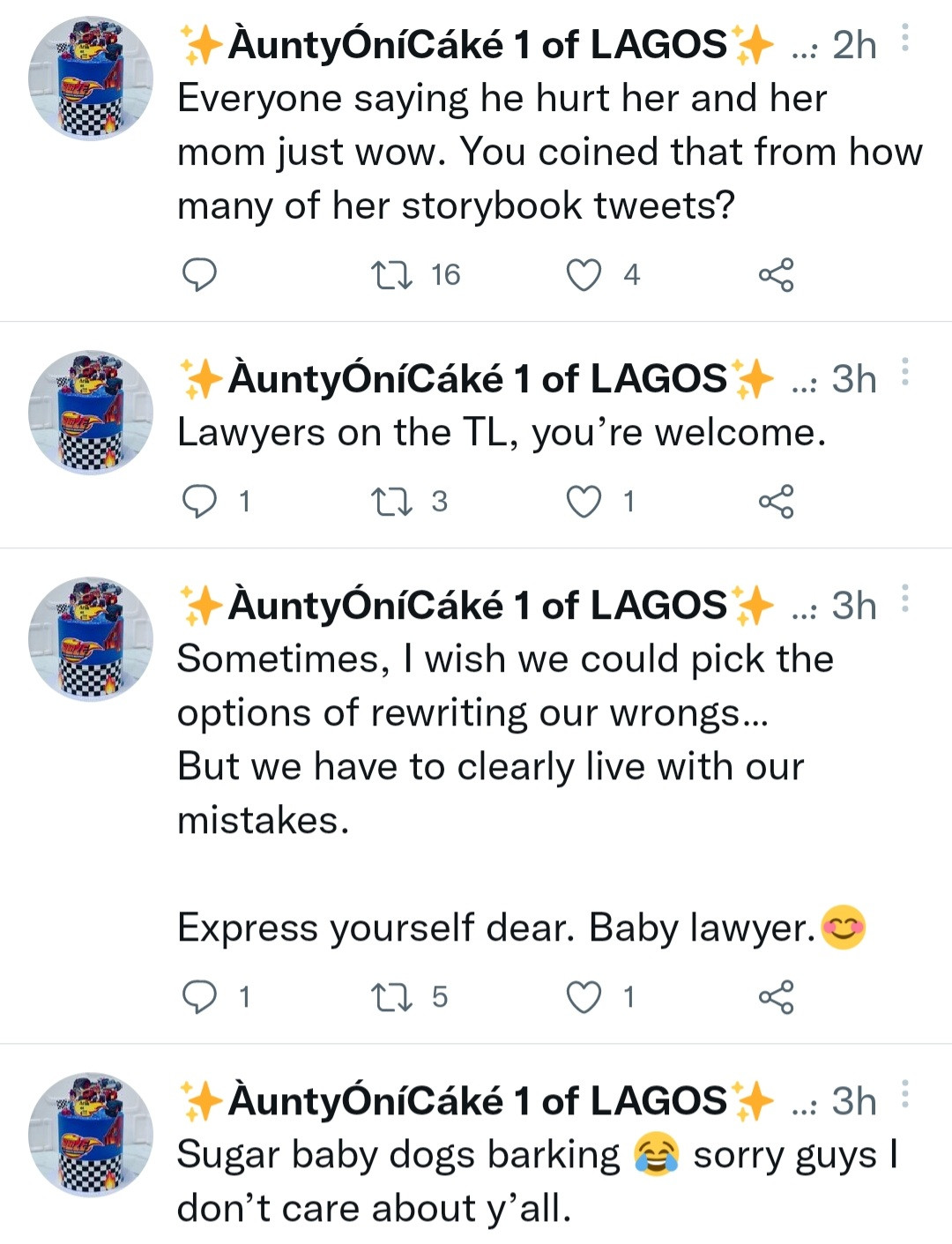 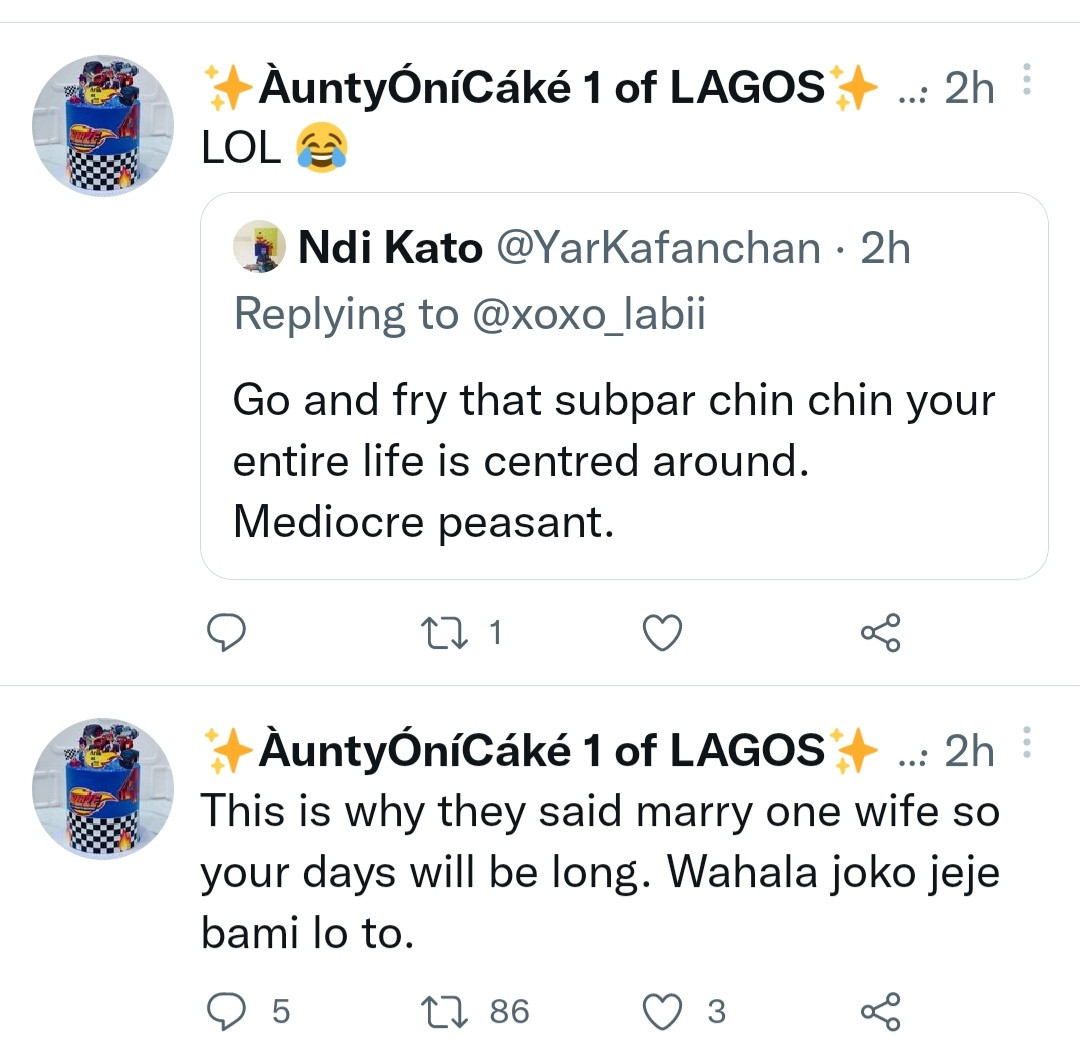 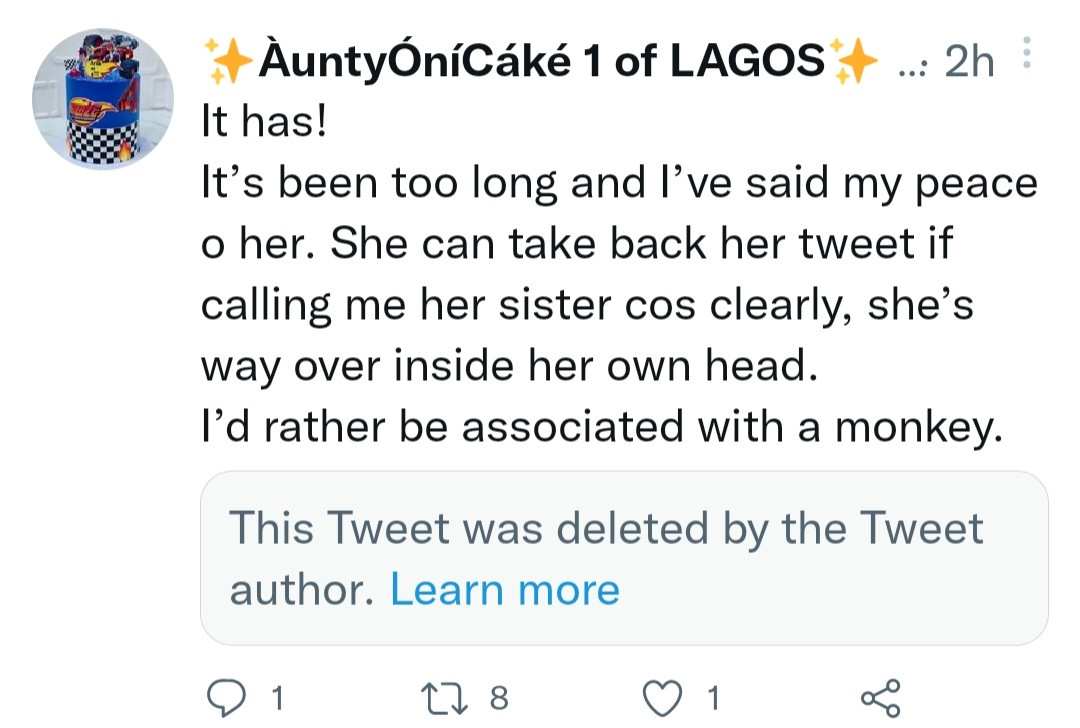 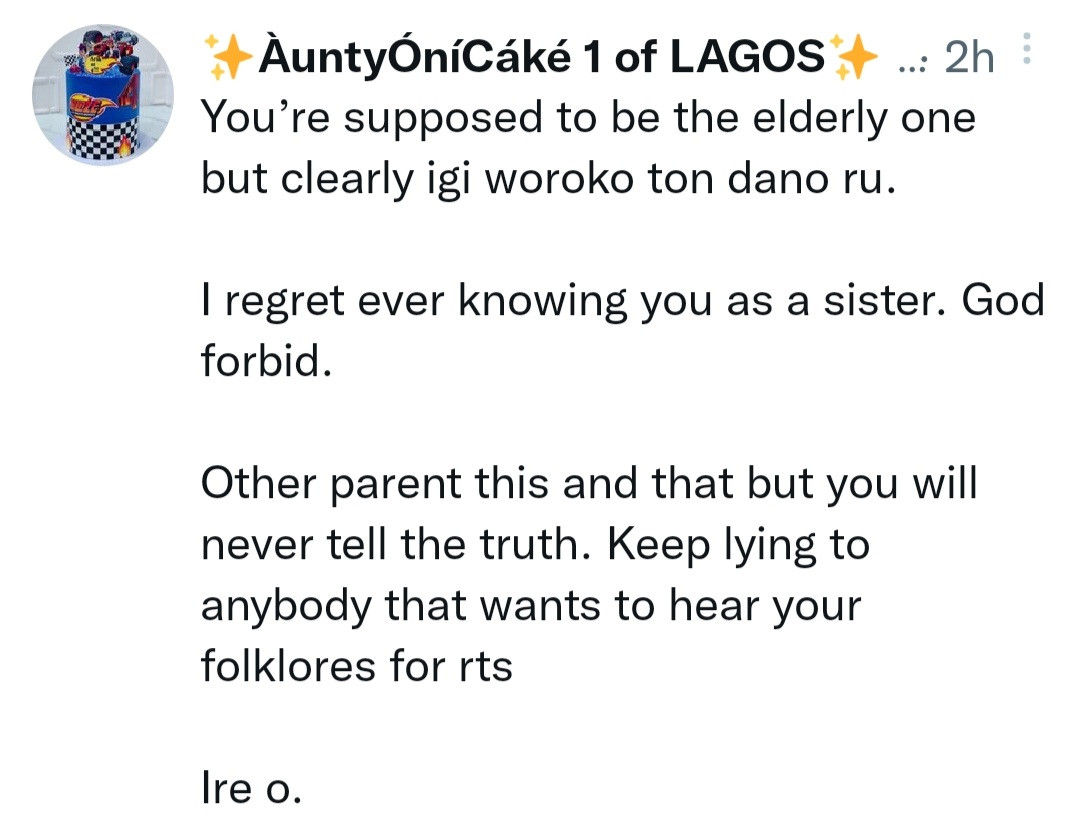 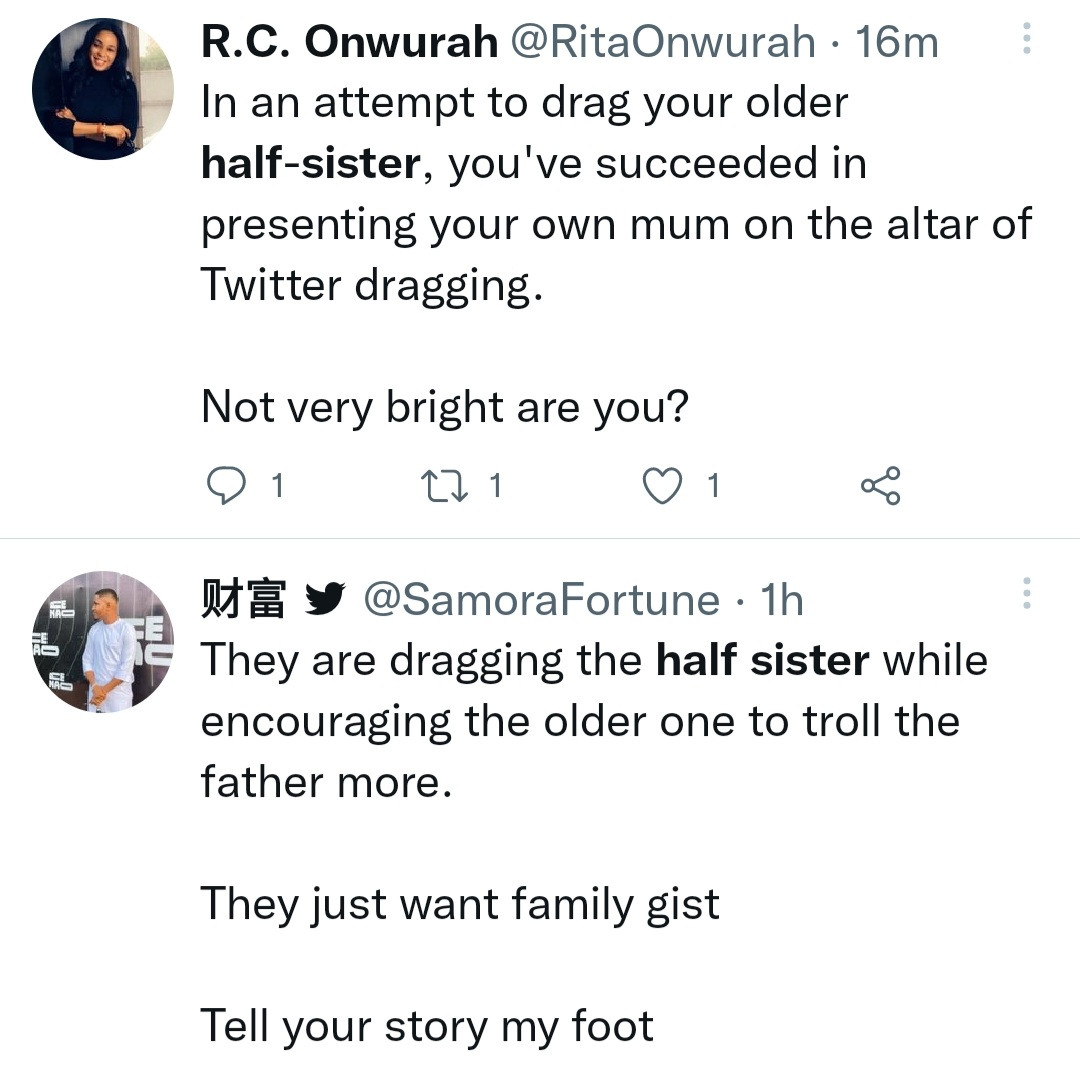 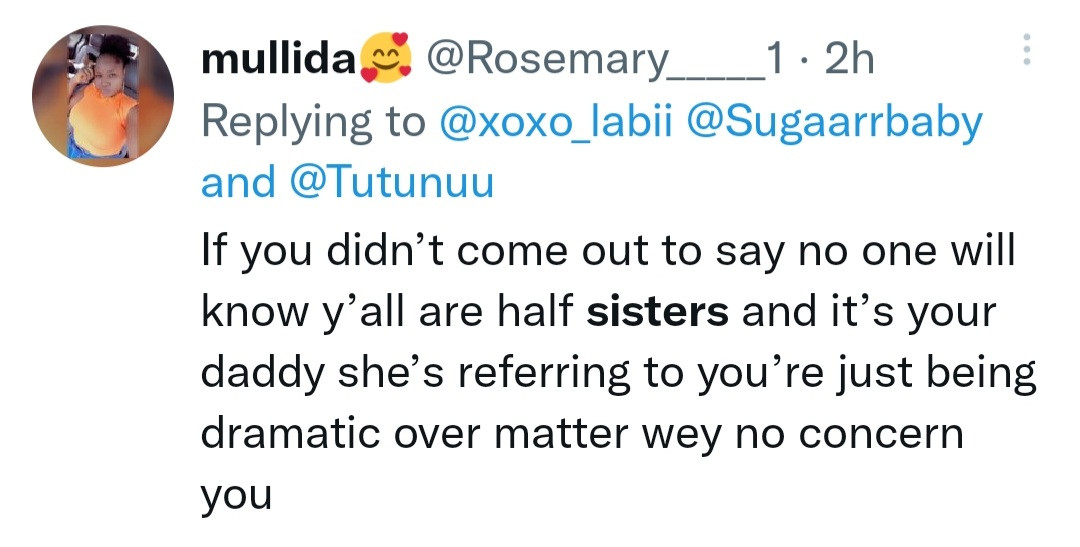 Man Mourns His Fiancée Who Died Two Weeks To Their Wedding