Popular Lagosian, PrettyMike is yet again the talk of social media after the stunt he pulled at a ceremony he recently attended.

PrettyMike who has developed a niche with his strange entourage for every wedding/event he attends, took it up a notch this time around when he arrived at the venue accompanied by some men and a woman dressed as clerics. 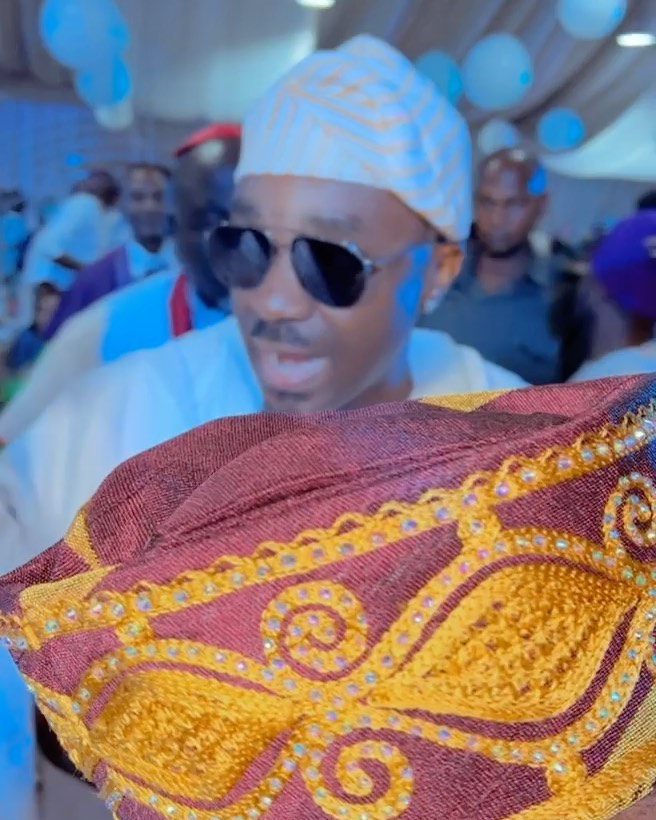 Social media users claim he is trying to mimic the alleged fake clergymen that attended the unveiling of APC Vice President candidate some weeks back.

Sharing photos of his entrance on his social media accoutn, Pretty Mike added some words of advice to Nigerians ahead of the forthcoming presidential elections in 2023.

Our fathers chose to believe and accept there lies,Most of ur fathers were the foundation of Vote selling and ballot box looting, enough of who is to blame🤔…#2023 Let’s be the generation of Lazy Youths that will deliver this nation from Bondage #DontSellYourVote #DrPrettyMike