The group led by Ahmed Bala represented the Ambassadors of Voice of Change. Tinubu also hosted women from the party led by Betta Edu.

“Yesterday, I was delighted to welcome a delegation representing the Ambassadors of Voice of Change led by Mr. Ahmed Bala, the group’s President and, later, a national coalition of progressive women led by the party’s ebullient Women’s Leader, Dr. Betta Edu,” the post read. 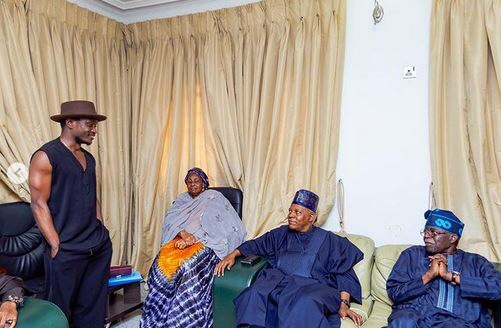