Popular Nigerian disc jockey, Florence Ifeoluwa Otedola popularly known as DJ Cuppy has answered the question on Wizkid and Davido favoritism in one of the most tricky way.

Cuppy didn’t chose any of Wizkid and Davido in a question and answer session with her fans while she was requested to choose from the two, that has always been an issue even for some individuals.

DJ Cuppy picked a combination of Wizkid and Davido as she simply answered the Twitter user.

She then said, “Let’s see who will dash me song first. Lol”

Simply stating who would work with her first between the two top artist.

In a similar fashion she was asked who her favorite artist was and she picked American rapper, Nicki Minaj.

Well, her fans ought to know because her usual pink hair trademark was inspired by the self acclaimed queen of rap, Nicki Minaj.

See the screenshot below: 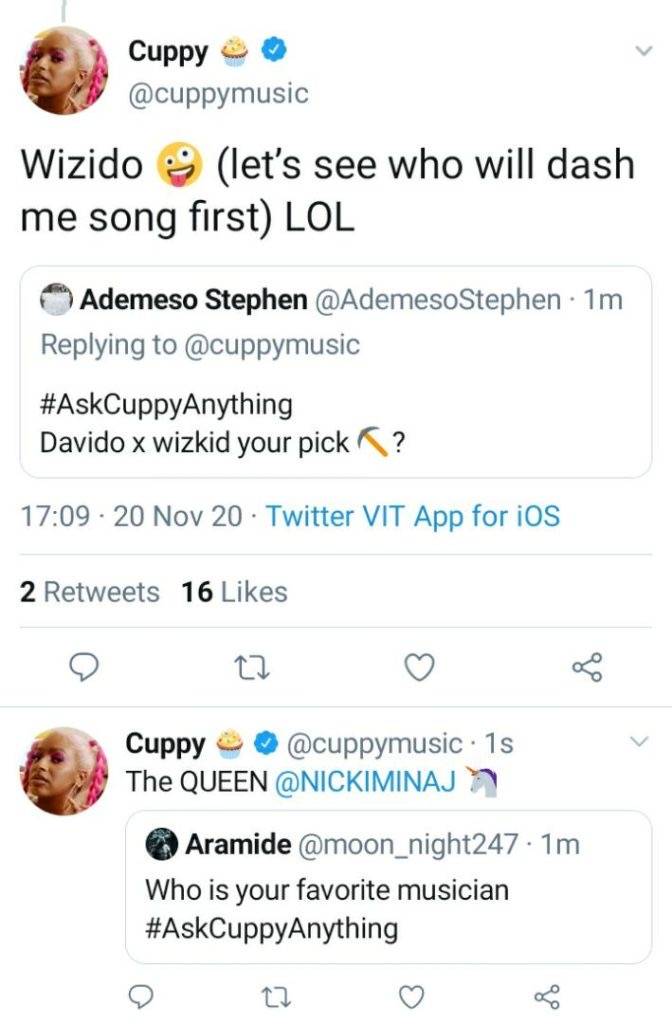 Kiddwaya And I Are Just Friends, My Career Is..

”Hoodlums are the children of the poor you ..

SARS Protest: Why I Did Not Join Falz, Runtow..