SHOCKING!! Lady Breaks Up With Her Boyfriend Because He Cooks Better Than Her

SHOCKING!! Lady Breaks Up With Her Boyfriend Because He Cooks Better Than Her

Chuka Phillip-Johnson, has narrated how his ex-girlfriend broke up with him because she was insecure about the fact that he cooks better than her.

We reports that he made the revelation that while responding to a question from a Twitter account.

“Have y’all ever dated someone that was jealous of you?” a Twitter user asked. 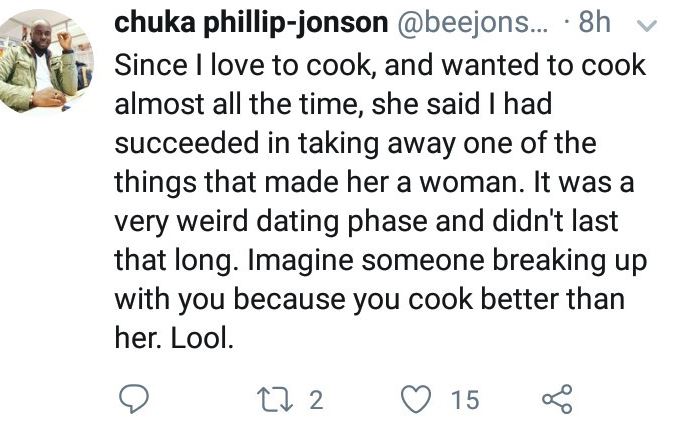 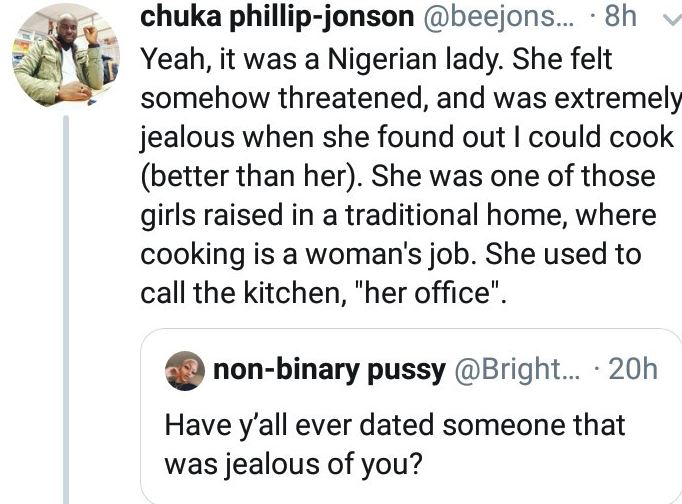 Black Sherif Reveals How He Met And Collaborated With Burna Boy

#BBNaija: Ozo Has Ruined His Chances With Nengi — DJ Kaywise