South Korea Coach Paulo Bento said on Thursday that the injured Son Heung-min would “of course” be included in his World Cup squad, but he couldn’t say whether his captain would be available for the country’s opening match in Qatar.

Son said on Instagram on Wednesday that playing in the World Cup was a childhood dream of his and that he “can’t wait to represent our beautiful country.”

Bento dismissed concerns about Son missing the World Cup, despite the fact that South Korea’s first Group H game against Uruguay is just two weeks away on November 24.

“Of course he’s going to be selected,” Bento told reporters. 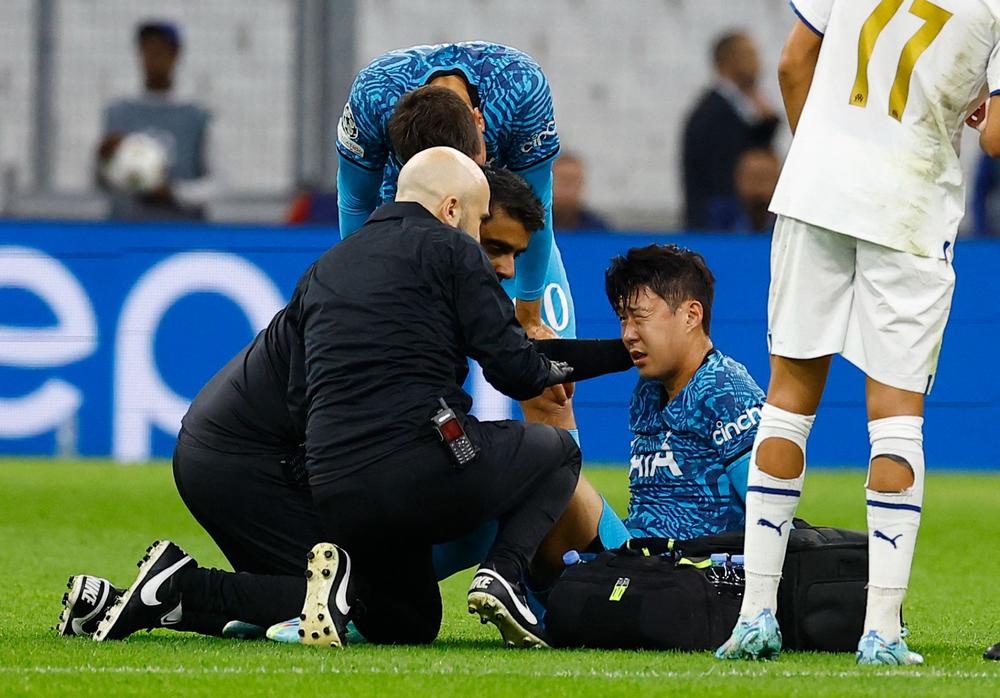 But he said Son should be given enough time to “recover as well as possible”.

“About other aspects, we should check and we should analyse day-by-day,” said Bento.

“Let him come. We have time to make the right decisions, and the best decisions for all of us.

Bento said it was understandable that Son, who also played in the 2018 World Cup in Russia, would be eager to get back in action as soon as possible.

“It’s something normal from Sonny because along the process he showed the wish and the will and the desire to come and play with the national team,” said Bento. 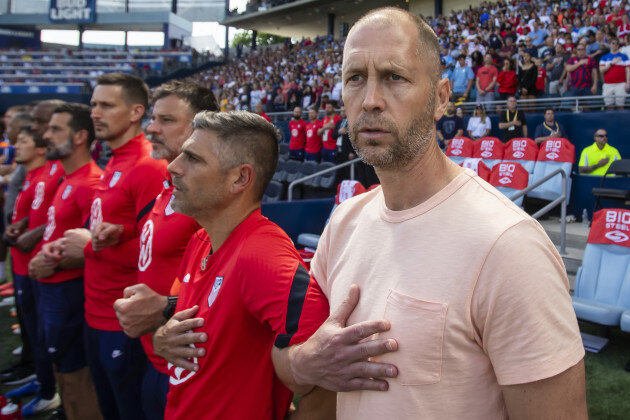 Rare insights on sport’s biggest names from the writers who know them best. Listen to Behind the Lines podcast.

He is considered critical to South Korea’s chances of making it to the knockout stages at the World Cup, having scored 35 goals in 104 internationals — including nine in his last 14.

The US face Wales on 21 November in their opening Group B game in Doha, with former Real Madrid star Bale looming large in Berhalter’s thoughts.

Bale provided a timely reminder of his enduring goal-scoring threat last Saturday, nodding in an opportunistic headed equalizer deep into stoppage time to help set up Los Angeles FC’s MLS Cup victory.Speaking after revealing his World Cup squad at a ceremony in New York on Wednesday, Berhalter said Bale’s knack of rising to the big occasion was cause for concern.

“One of the things that’s scary about Gareth Bale is that he can do things like that,” Berhalter said of Bale’s game-saving MLS Cup goal, noting that the Welshman had outjumped Philadelphia’s 6ft 6in defender Jack Elliott to score.

“He dunked on him. He has that explosiveness, that free-kick and he can serve a ball.

“You have to be aware of him at any moment and if he doesn’t start the game, he comes on and he’ll worry you even more.

“Because you don’t have the chance to tire him out – he comes in fresh. He’s a dangerous player.”

Several selections in Berhalter’s World Cup squad have been influenced by the fact that the USA face both Wales and England in Group B along with Iran.

Berhalter said England-based players such as Norwich’s Josh Sargent and Fulham’s Tim Ream were chosen due to their familiarity with the physicality of British football.

Sargent, who has scored eight goals in 18 games for Norwich in the English Championship this season, was included among a contingent of forwards which had no place for the 19-year-old striker Ricardo Pepi.

Pepi, who plays in Holland for FC Groningen, impressed during qualifiers with three goals in wins over Honduras and Jamaica, and Berhalter admitted leaving out the teenager had been a hard call.

The biggest shock in Berhalter’s squad concerned the omission of goalkeeper Zack Steffen.

The 27-year-old has long been regarded as Berhalter’s first choice goalkeeper, but was left out in favor of Arsenal reserve goalkeeper Matt Turner, Luton Town’s Ethan Horvath and New York City’s Sean Johnson.

Berhalter would not be drawn on why Steffen had been deemed surplus to requirements, instead focusing on the strengths of Horvath, Turner and Johnson.

“With the three goalkeepers we have on the roster we feel great,” Berhalter said.

“We saw a lot of progress with Matt Turner in this last six months, we know Ethan Horvath has been competing at a good level with Luton in the Championship, and Sean Johnson has been a mainstay with this group since day one. So we’re comfortable with that.”

Partey Is One Of The Greatest Player In Ghana – Zito

BREAKING!! Coronavirus Test Results Of Super Eagles Players Is Out