KYLIAN MBAPPÉ infuriated South Americans in May when he claimed that Argentina and Brazil do not play “at a high level” in qualifying for the World Cup.

In an interview with Brazilian television, the France striker stated that South America lags behind Europe in terms of competition strength. He noted that the most recent World Cup champions, including his own country in 2018, were European teams.

The responses ranged from aggravation to bemusement.

Lionel Messi, Mbappé’s teammate at Paris Saint-Germain, said Europeans have no clue about the challenges of playing World Cup qualifiers at high altitude in Bolivia or the heat and humidity of the Caribbean coast of Colombia.

Brazil coach Tite said the qualifiers in South America have a higher degree of difficulty than the European competition.

“With all due respect, we don’t have Azerbaijan to play,” Tite said. “No one gives you a break.”

Sebastián Abreu, the retired striker whose ‘Panenka’ penalty in 2010 sealed the shootout victory that put Uruguay into the semi-finals of the World Cup for the first time in four decades, advised Mbappé “to try and read more in Wikipedia”.

There is a lot of swagger in South America these days, particularly in Brazil, with Neymar and a plethora of young wingers, and in Argentina, which has gone 35 games without a loss and has Messi playing better than ever with his national team.

Uruguay believe they can go far with Luis Suárez and Edinson Cavani in their fourth and likely last World Cup, alongside youngsters such as Federico Valverde and Darwin Núñez. Ecuador are back and at least wants to advance from a group in which they are playing the Netherlands, Senegal and host Qatar.

They all want to break Europe’s grip on the trophy. But they also are aware of an ominous trend: It has been 20 years since a team from South America won the World Cup.

Since Brazil won its fifth title in Japan and South Korea in 2002, the Selacao have been eliminated as soon they faced a European team in the knockout round, including a humiliating 7-1 loss at home to eventual champion Germany in 2014.

Argentina have managed to beat a European team in those stages, but still eventually fell short, including to France in the round of 16 in Russia four years ago.

One factor they point to for their long World Cup drought is that Europe has lots of money to invest in the development of their young players. And lately, the pandemic and the new Nations League, conceived by UEFA, have reduced significantly the number of matches between the top teams from Europe and South America.

“The Europeans are clearly playing at a different speed than us. They are at a dimension that is far ahead of the South American player,” said Iván Zamorano, a former Chile striker who played for Real Madrid and Inter Milan.

Zamorano envies the capacity that European soccer has to find talented players who can “leave a mark for the future”.

“But we are lacking the resources, the infrastructure, their work methods. So the chances of discovering and developing that kid with unique skills is tougher. That’s expensive and so many times, in South America, gets lost in the way.”

But Zamorano also says that this is the first time in at least three World Cups that he has seen Argentina and Brazil in such good shape right before the tournament.

Luiz Felipe Scolari, the coach of the Brazil team that won in 2002 with its ‘Three Rs’ attack combination of Ronaldo, Rivaldo and Ronaldinho, believes the current European domination is just a phase. 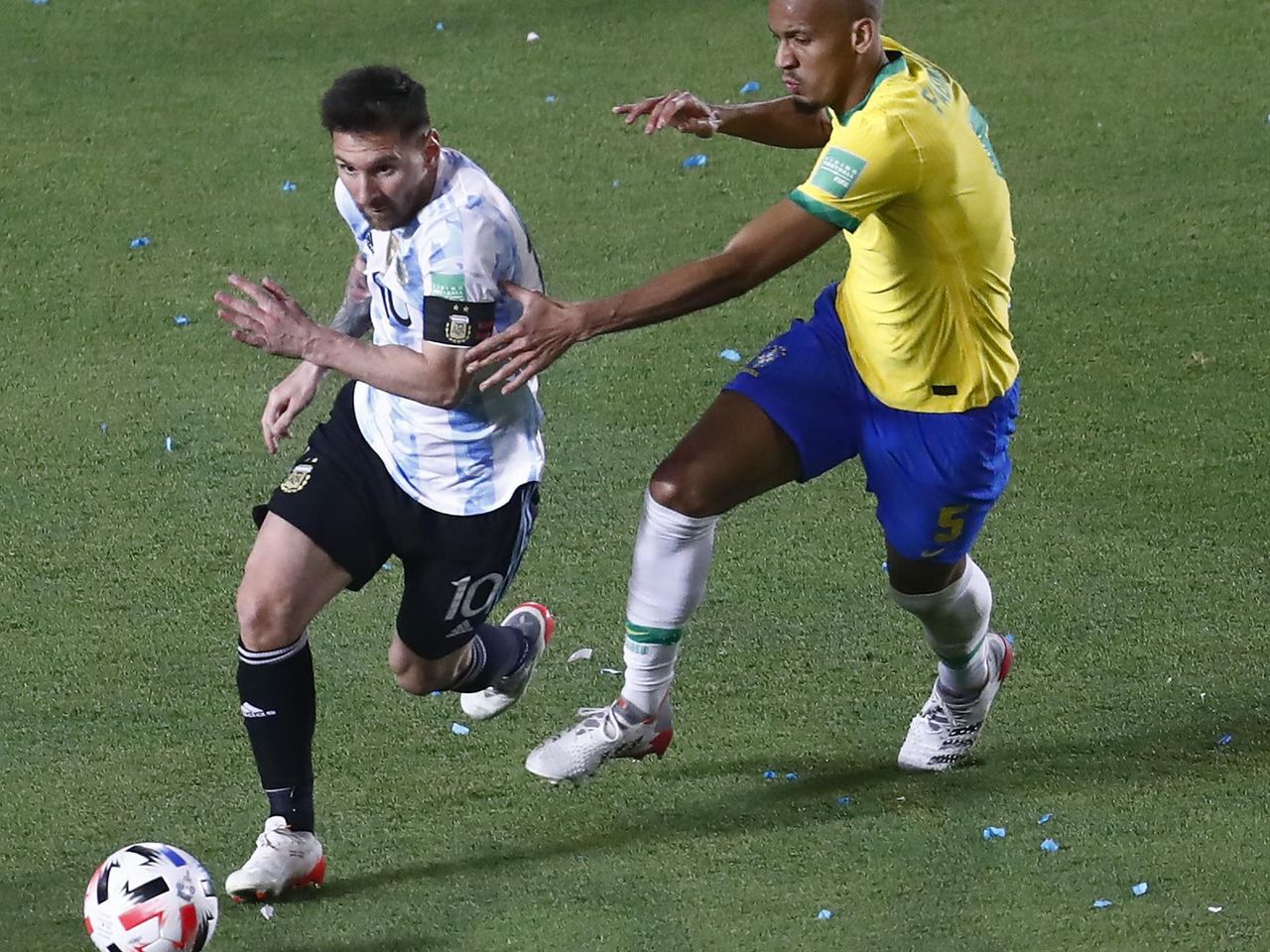 He said Brazil could win it in Qatar, though he thinks the country is more likely to challenge for the title in 2026, pointing at the potential of a new crop of players. That includes Endrick, a 16-year-old striker who last month became the youngest scorer for Palmeiras in the Brazilian league.

“These kids playing now might give the result we expect,” Scolari said.

South American soccer leaders are seeking to keep their teams competitive. Alejandro Domínguez, the president of continental soccer body CONMEBOL, is hoping to reach an agreement with UEFA that will allow teams from South America to compete in the Nations League.

“It’s not easy to bridge a 30-year chasm.” “It’s not so much about titles as it is about the expertise that has grown in Europe and what we’re attempting to establish in South America,” Domnguez told a small group of reporters in Buenos Aires.

“Unfortunately, our young players leave far too soon… We’re attempting to increase revenue so that clubs don’t feel compelled to sell them.”

OH NO!! Chelsea Star Defender Ben Chilwell To Miss England’s Clash With Belgium Due To Sickness

Pep Guardiola Responds To Rumour Linking Him To Brazil