Nigerian politician, Dino Melaye has sympathized with Colonel Babanawa, the father of a Nigerian soldier who was killed by terrorists in Abuja, Lieutenant Ibrahim Jaro Suleiman Babanawa.

Babanawa was brutally killed when some terrorists laid ambush on his military troop in the Bwari area of the Federal Capital Territory (FCT), Abuja, on Sunday night. 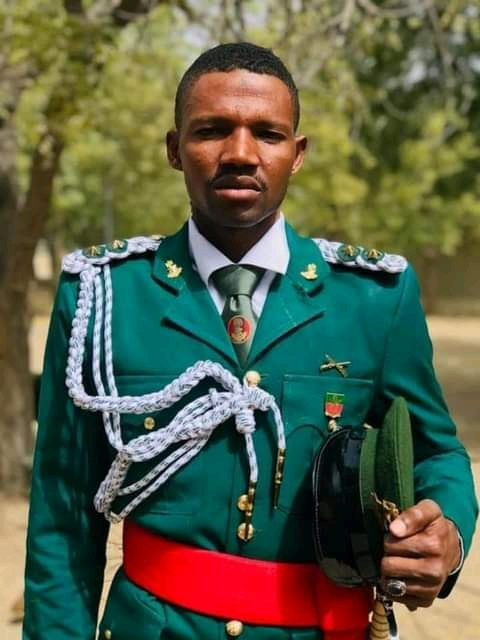 It was gathered that the soldiers went to the Nigeria Law School in Bwari following a distress call from the management of the school over a letter they received from the terrorists indicating an imminent attack on the school.

A captain and two soldiers attached to the 7 Guards Brigade of the Nigerian Army visited the school but were attacked and killed by the terrorists.

Reacting to the heartbreaking incident, Dino Melaye, a former Senator representing Kogi West, took to Facebook to condole with Col Babanawa on the death of his son. According to him, Nigeria is no longer the country we used to know. 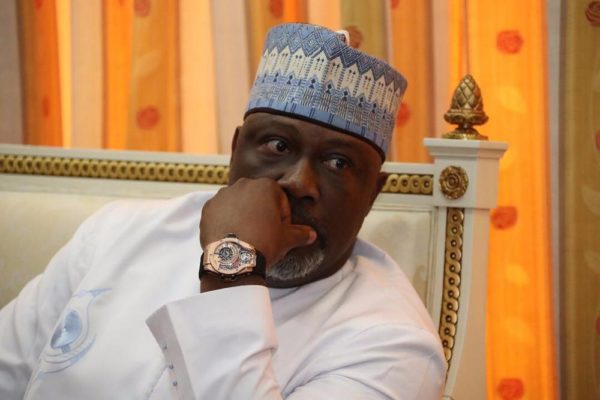 Sharing a picture of the deceased soldier, Melaye wrote,

“My condolence to Col Babanawa for the loss of his son a Nigerian soldier who was ambushed with his colleagues by Bandits and kiiled around Bwari yesterday. May his soul rest in peace. This country is not the country we know anymore. Inside FCT ooooo”. 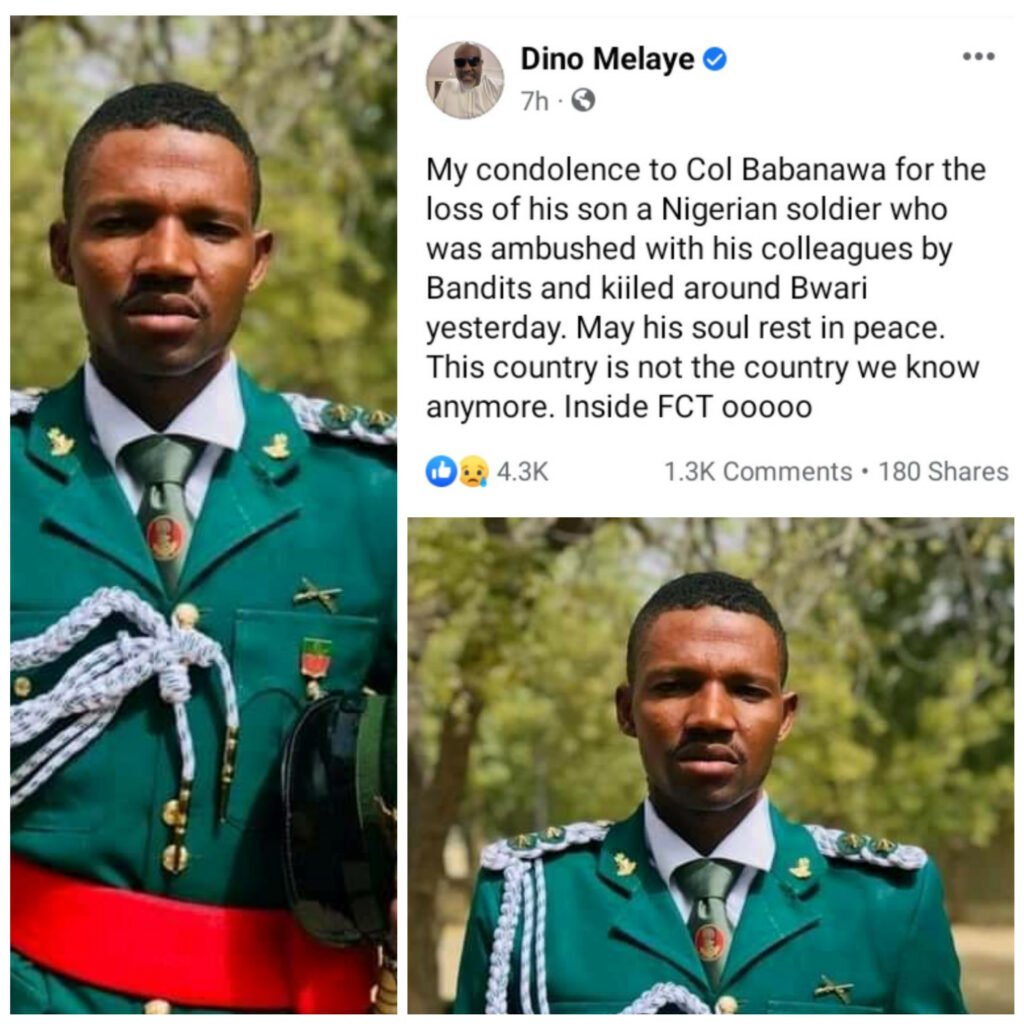 We Must Live Together As Brothers, Sisters – President Buhari Charges Kaduna People