Professional footballer, Victor Osimhen has taken to social media to share a cryptic post after he was called out by his in-law, Osita Okolo and sister, Esther over an unpaid debt.

Speaking with media personality, Ifedayo Olarinde better known as Daddy Freeze, Osimhen’s sister and her husband accused him of refusing to pay them 69,000 pounds and 439,000 dollars.

The man while laying his compliant to Daddy Freeze noted that Victor tricked him into giving him the money and he did without having a second thought because of the trust he had in him.

He claimed that the money was his commission from a football deal.

He went on to assert that trusting Osimhen was the greatest mistake he made. Osimhen’s sister who also spoke broke down in tears at some point in the video while categorically stating that all she needs is for Osimhen to give her husband back his money.

“Amazing actors, wonderful”. The write-up was accompanied by some emojis of laughter.

Check out the posts below: 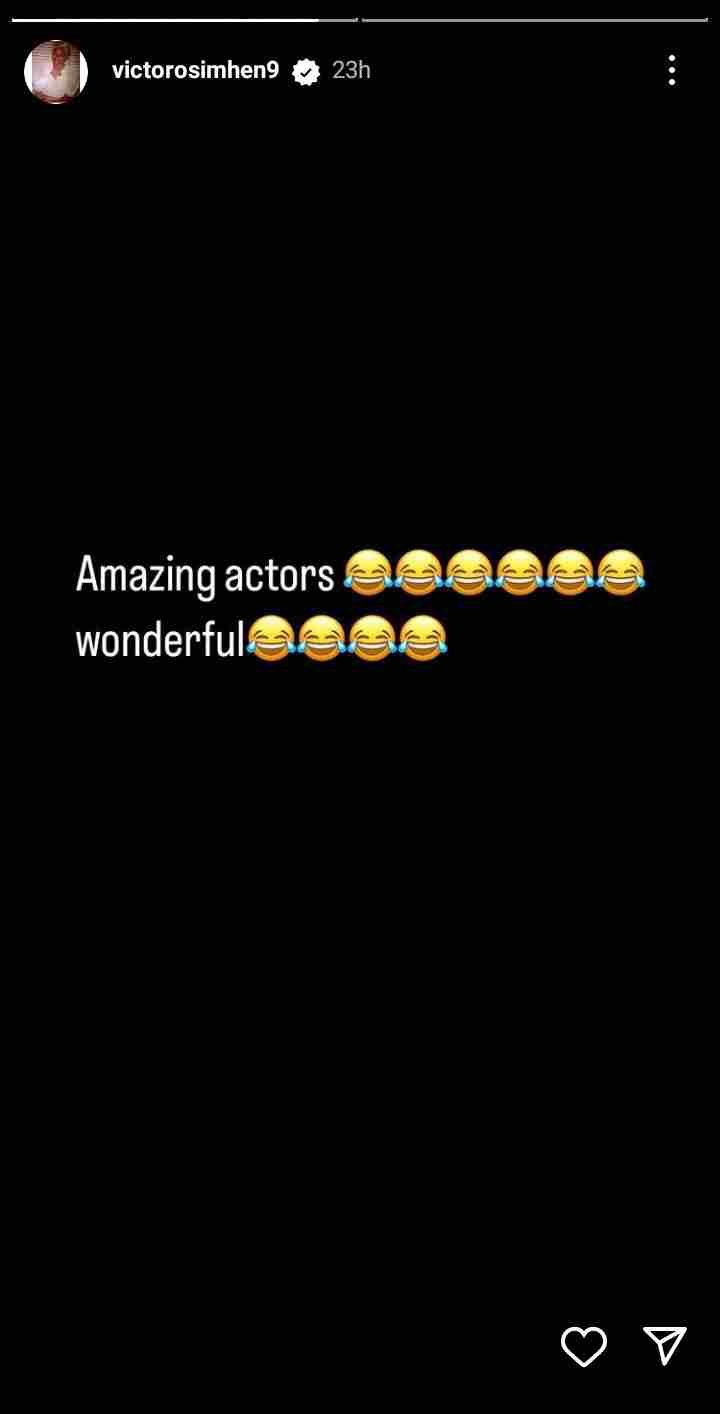 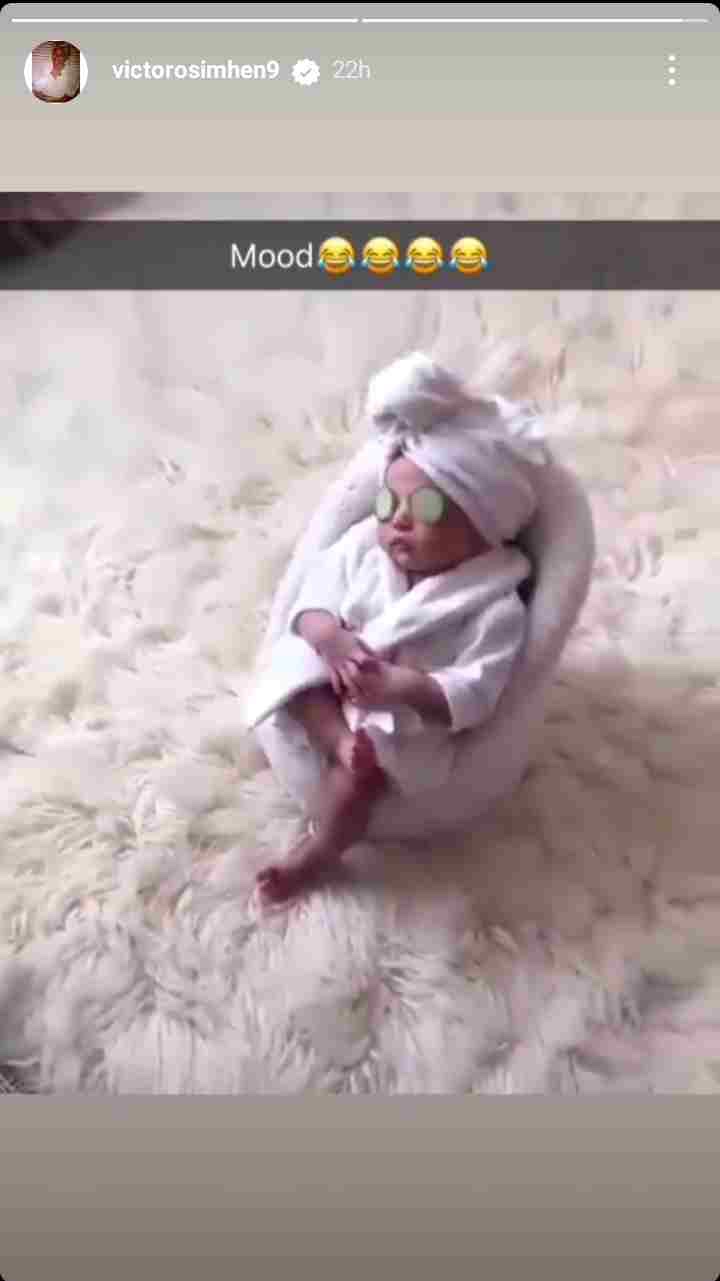 Liverpool Should Have Sold Origi Over Brewster – Thompson

Liverpool Is The Right Place For Diogo Jota – Nuno

I WANT HIM!! Pogba Expresses Desire To Have Barcelona Forward At Manchester United

WILL THIS HAPPEN!!! Luis Suarez Set To Join Atletico Madrid After Barcelona Terminates His Contract

MUST SEE!! Alisson Reveals How He Controls Liverpool’s Defence