Viral Video: “Do you think I’m just any type of girl?” – Lady blows hot as she slaps man repeatedly for proposing to her.

Viral Video: “Do you think I’m just any type of girl?” – Lady blows hot as she slaps man repeatedly for proposing to her.

A video spotted online captures the moment a lady humiliated and repeatedly slapped a man who proposed to her in public.

Although, the details of the proposal are quite sketchy, it was gathered that the man pulled a surprise proposal on the lady while she was out with her friends.

He showed up to the location with a guitarist and a cake to propose to her, however, the proposal didn’t turn out as he planned. 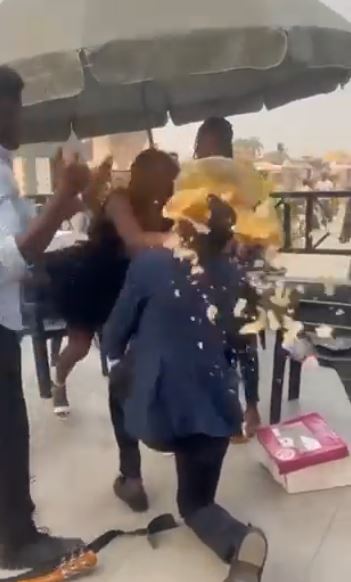 In the viral video, the lady is seen fuming with anger as she questioned why he came to the place. She also dished multiple slaps on his face before decorating his face with the cake he brought.

She is heard saying, “You can go to hell for all I care. Why are you here sef? Do you think I’m just any type of girl?”

People at the spot just stood and watched in disbelief as the lady disgraced the man. 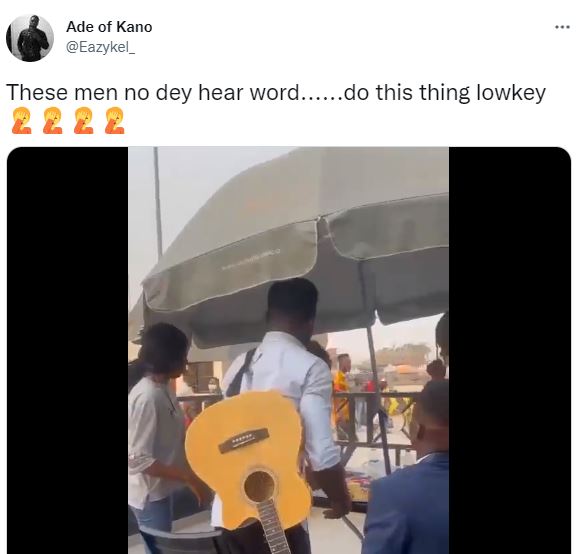 Nigerian Man Narrates How His Neighbor Who Has No Shop In Lagos Island Makes Up To 15K Naira Everyday From ‘Oso Ahia’.

“If You Toast Me With A 2012 Benz, I’ll Not Take You Seriously” – Lady Shames Man For Driving An ‘old Model Of Mercedes Benz’ (audio)