Mike Ezuruonye is not satisfied with Kunle Afolayan’s apology to him and he took to Twitter and Instagram to make this known.

The actor called out filmmaker Kunle Afolayan over the weekend after the latter shared a screenshot of a message from an Instagram user claiming Mike duped her.

Mike hit back, stating it’s clear fraudsters have been creating fake accounts with his name and asked why Kunle shared the accusation online instead of reaching out to him privately. (read here)

Well, Mike doesn’t think Kunle’s apology is good enough and he shared a post explaining what constitutes a “sincere apology”. 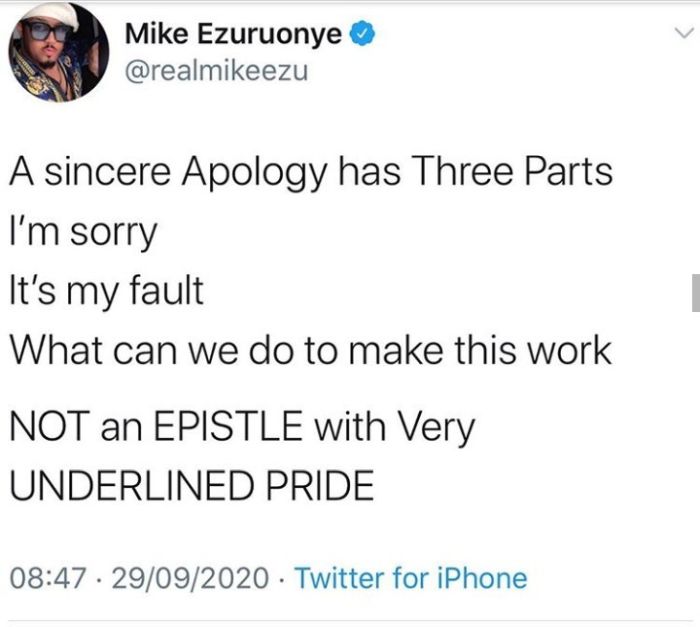 â€œTake Care Of Your Mother While She Is ..

If They Had Slapped Me, I Would Have Slapped ..

Vee reveals why she wants to be with Neo for..

â€˜I Did Not Go For Big Brother To Win, I Went For Fame, I Am Still In Shockâ€™ â€“ Laycon